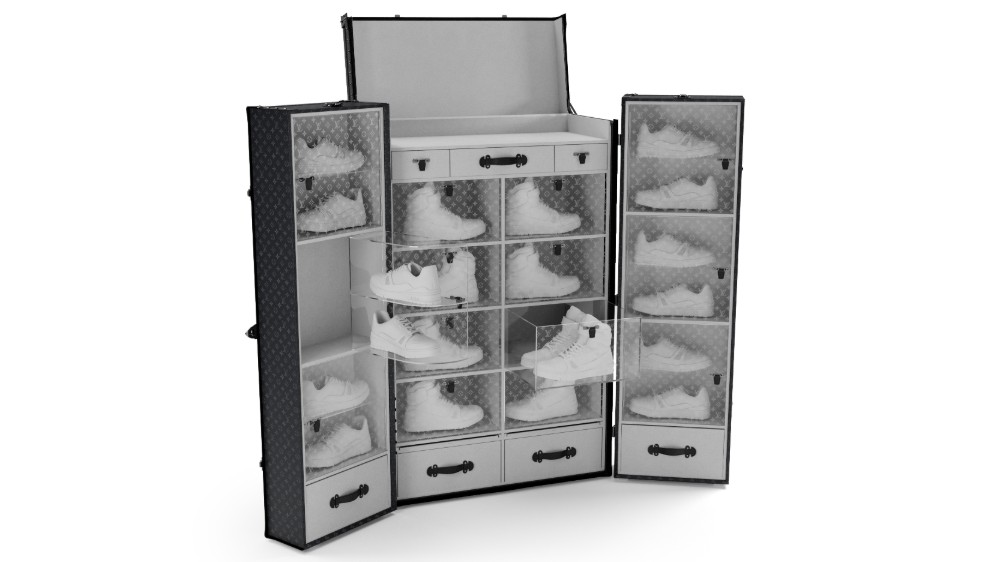 The latest must-have for sneakerheads isn’t a pristine pair of “Flu Game” Air Jordan 12s or the newest Yeezys. Instead, it’s a Louis Vuitton trunk that will allow the most decadent of collectors to show other footwear obsessives that they really do have it all.

Next month, the French luxury mainstays will begin selling its very first Sneaker Trunk. The made-to-order piece is the latest addition to the brand’s hard-sided collection and is scheduled to make its worldwide debut at Atelier Louis Vuitton Miami during Design Miami on December 3.

Collectors will be able to stand their Sneaker Trunk on its side and open it up like a wardrobe. Each trunk will have room for up to 14 pairs of shoes—including eight pairs of high-tops and six pairs of low-tops—along with several drawers for accessories. The low-top compartments can fit up to a size 13, while the high-top drawers can fit a size 12. And because this is Louis Vuitton we’re talking about, the trunk is also fully customizable. This includes the Monogram, which can be personalized to its owner’s wishes.

But Louis Vuitton isn’t about to release a luxe trunk for your sneakers without giving you something to put into it. Next week, the brand will release the Virgil Abloh’s 408 Global Trainers in New York, and the following week in Chicago. Set to be made available in just nine cities across the globe, each pair will feature a unique tag representing the city where it was purchased.

No firm price has been set for Louis Vuitton’s Sneaker Trunk but it seems safe to say it will be steep. Streetwear fans have long shown a willingness to splash large amounts on the House’s wears. A red and white Monogram trunk the company made in collaboration with Supreme is expected to sell for between $50,000 and $60,000 at auction next month.