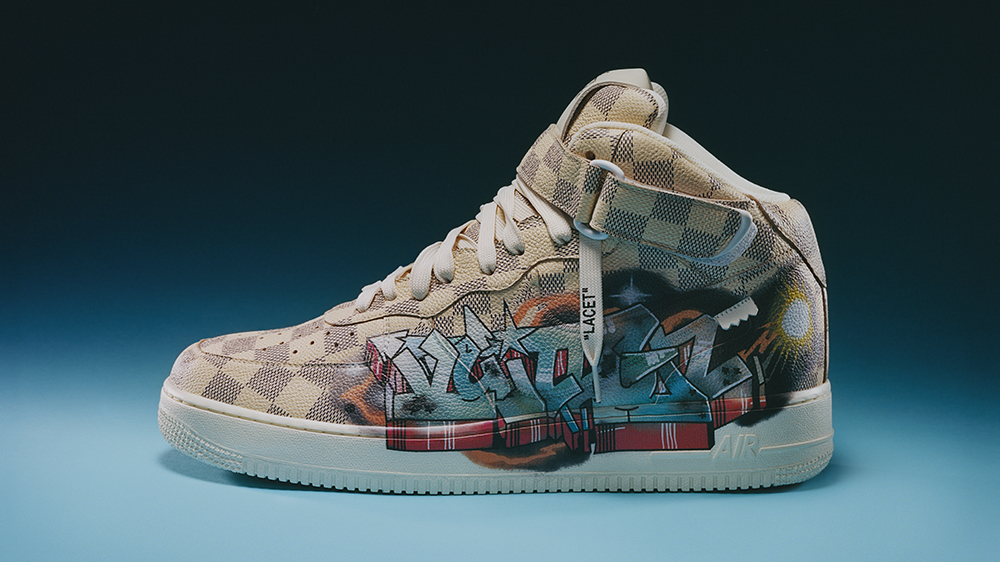 The first nine colorways of what is easily 2022’s most anticipated sneaker will drop on Tuesday, July 19, according to a note on the fashion house’s website. And, just in case that wasn’t exciting enough, the shoe might be easier to snag than we previously thought.

This year is the Air Force 1’s 40th birthday. To mark the occasion, Abloh teamed up with Nike to create 47 bespoke pairs of the iconic sneaker for Louis Vuitton’s spring 2022 collection before his untimely passing last November at the age of 41. Tuesday’s drop consists of the first nine pairs from the retail collection, each of which fuses the shoe’s famous silhouette with luxurious materials and the Maison’s insignia.

The initial group consists of two multi-colored sneakers, three two-tone shoes (blue and white, green and white or red and white) and four monochrome options, including a particularly eye-catching metallic gold pair. The seven low-top sneakers are available for $2,750, while the two mid-tops can be had for $3,450. Each colorway is available in US sizes from 3.5 to 18. A dozen more pairs are expected to follow later this year.

One particularly nice thing about the upcoming drop is that it appears to be open to many more people than initially expected. The expectation had been that the shoes would be offered at first to the house’s VIP clients and well-connected sneakerheads, but Hypebeast reports they’ll actually be available to anyone who can connect to louisvuitton.com. It’s unclear whether that means they’ll be sold on a first-come, first-serve basis or if you’ll have to enter a raffle (something the sneaker-obsessed are all too used to). Either way, we expect you’ll need to be quick to snag a pair.

Next Tuesday won’t be the first time the sneakers have actually been available to buy, just the first time they’ve been available at retail. Sotheby’s auctioned off 200 pairs earlier this year, with all proceeds going to The Virgil Abloh “Post-Modern” Scholarship Fund, an initiative the designer created to help Black students, African-American students and students of African descent secure scholarships to study fashion. The sale raised $25.3 million, with the shoes selling for an average of $126,500 per pair.

With that in mind, $3,450 for Abloh-designed Air Force 1s could be one of the year’s biggest bargains.