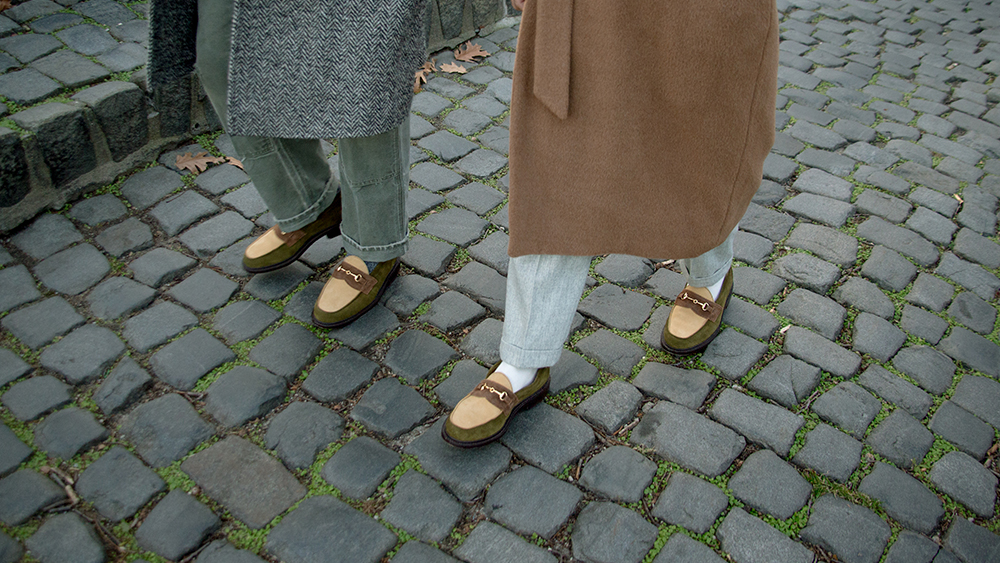 I’ve been pondering a controversial question: Are we advancing into a post-sneaker age in which the loafer reigns supreme? To answer that, it’s worth bearing in mind that sneakers have dominated the footwear market for some years now, driven by hypebeasts with an insatiable appetite for rare kicks and a willingness to pay insultingly inflated resale prices. Even during the pandemic, retailers have touted sneaker sales as a bright spot in a dreary retail climate and Nike’s swoosh has smashed records at auction. But, after a year of wearing the same sweatpants and sneakers, there’s an urge to dress up. What could be better than the loafer for transitioning back into well-heeled society? Step aside, sneakers—it’s time to reset.

At the vanguard of this movement are a number of young brands changing the way in which loafers are being designed, worn and perceived. With competitive price points, they have highly engaged audiences who buy into the stylistic freedoms that loafers embody. Worn with gray joggers and a bucket hat for some high-low action, or with vintage Levi’s and white socks because, why not? There are cow-print pony-hair snaffles and punchy two-tone penny loafers alongside the perennial snuff suede and cordovan. It’s a fresh and exciting age, and the sheer irreverence of these latter-day loafers recalls the bygone days of counter-culture style.

Penny loafers and sweats? Why not?  Horatio London

Over at Mr Porter, the hype for loafers is very much real. “Our loafer category is performing particularly well and as a response to a heightened demand from our customers, we’ve increased our investment in the category with over 140 loafer styles now available online,” says Olie Arnold, the retailer’s style director. So where has this demand come from? “I would argue that ‘loafer culture’ stems from the same kind of ease, variety and versatility that sneakers deliver,” Arnold notes, adding, “There’s an inspiring array of options and, shall I say, genres for spring and summer.”

It’s nothing new that the loafer has been embraced by the young. “If you think back to the ’60s, young Parisians turned their J.M. Weston loafers into a cult classic by wearing them without socks. In America, Ivy League students rolled up their jeans and paired them with Weejuns, creating the renowned Take Ivy style,” explains Arnold. Today, he says, the likes of Aimé Leon Dore, Noah and Palace—all of which have cultish followings—have “tapped into loafer’s latest iteration, the neo prep trend.”

Copenhagen-based, loafer-only brand Vinny’s recently debuted on Mr Porter with a vibe that both captures the new loafer’s attitude and harkens back to the shoe’s origins (just consider the etymology of “loafer”). Vinny’s lookbook and campaign imagery channels an unpretentious and laid-back aesthetic that seems here to stay. The styles are limited but the “Paname Léopard”, which has a calf hair upper and a crepe sole, is a standout for its decidedly outré swagger. According to the brand’s founder, Virgil Nicholas, this model is “really the epitome of Vinny’s: the contrast between a classic silhouette, some comfort in the sole and a crispy and noteworthy upper. That’s how we convince folks that loafers are everything but dull and outdated.”

In the U.K., Horatio London is another young brand that’s moving the conversation forward. Its manifesto is refreshing and sets the pace of the brand: “We aren’t going to tell you about how we’re disruptive…You won’t see tweed inserts, Vibram soles, pointy shoes or red laces.” There’s an admirable realness to Horatio, and co-founder Nicholas Walter underscores that, commenting: “We encourage you to wear them as you wish, but make sure you own it.”

Horatio’s options run the gamut but the “Beaufoy” in brown faux croc leather is a prime example of loafers with unabashed bravado. If those are too hot to handle, a more conservative choice would be the “Dartmouth” models, which are a classic, Goodyear-welted penny loafer.

Late last year, New York-based Blackstock & Weber collaborated with Throwing Fits, a popular podcast existing at the intersection of classic style, streetwear and youth culture, on a multi-colored penny loafer. James Harris, a co-founder of the podcast, recalls its inception: “It started off like all romantic business partnerships these days: in the DMs. Chris [Echevarria, founder of Blackstock & Weber] hit us up with something as simple as ‘Yo, let’s make some loafers.’ So, we met up in the park to sift through swatches and walked away knowing we had an absolute smacker on our hands.” The collaboration sold out instantly and, in a meeting of the next-gen loafer cognoscenti, the Throwing Fits hosts can be seen sporting them in Aimé Leon Dore’s spring campaign.

“I’ve always had an appreciation of design that commands your attention,” Echevarria explains. Growing up, he admired the architectural lines of AMG vehicles, which he’s incorporated into his designs. “There’s a wider and more aggressive stance of AMG vehicles in the upper of our loafer. We added more bulk to the sole, as well, to emulate the larger tires they usually sit on. The interior linings mirror plush leather seats…it all ties in,” Chris says of his street-born aesthetic.

While sneaker culture is being stifled by over-hype and excessive valuations, loafers represent new and unspoiled territory. They’re pure and graceful, and as the world exits from a rollercoaster of a year, a bit more formality is welcomed—leopard print or not.