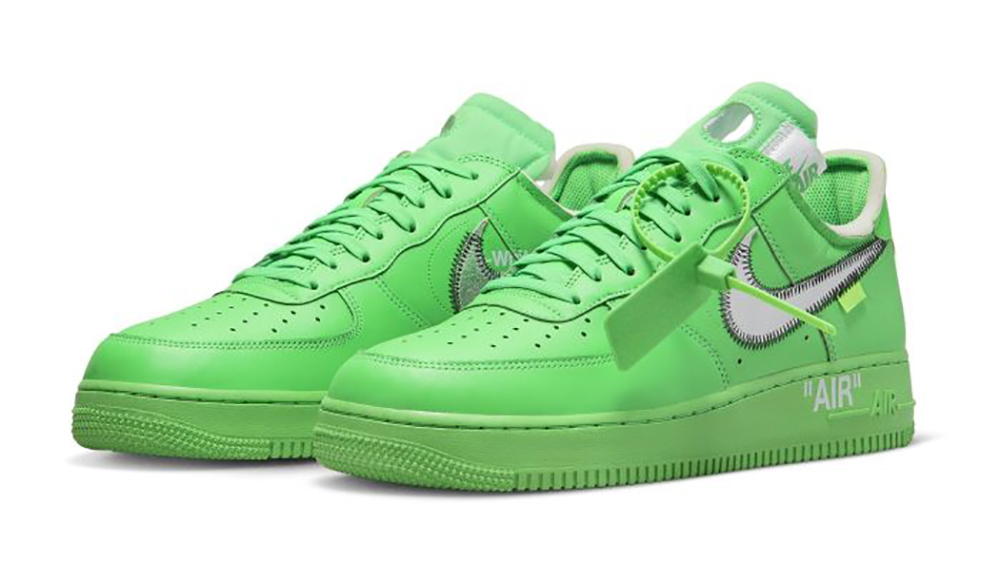 After a teaser of the sneaker project was shared on Nike’s “Seen It All” video campaign that dropped in May, the sportswear giant has confirmed via its SNKRS release calendar that the fashion label’s forthcoming Air Force 1 Low “Brooklyn” collab is hitting stores this week.

This latest Off-White x Nike Air Force 1 Low colorway dons a tonal green color scheme including on the premium leather upper, with the bright hue also appearing on the tooling. Breaking up the look is a metallic silver Swoosh on the sides, exposed foam tongues and a special green zip-tie attached to the shoelaces. According to Nike, this new colorway of the Off-White x Nike Air Force 1 Low was designed to celebrate the late Off-White founder Virgil Abloh’s new “Figures of Speech” exhibit at the Brooklyn Museum.

The Off-White x Nike Air Force 1 Low “Brooklyn” will be released tomorrow via SNKRS at 10 a.m. ET for a retail price of $160.