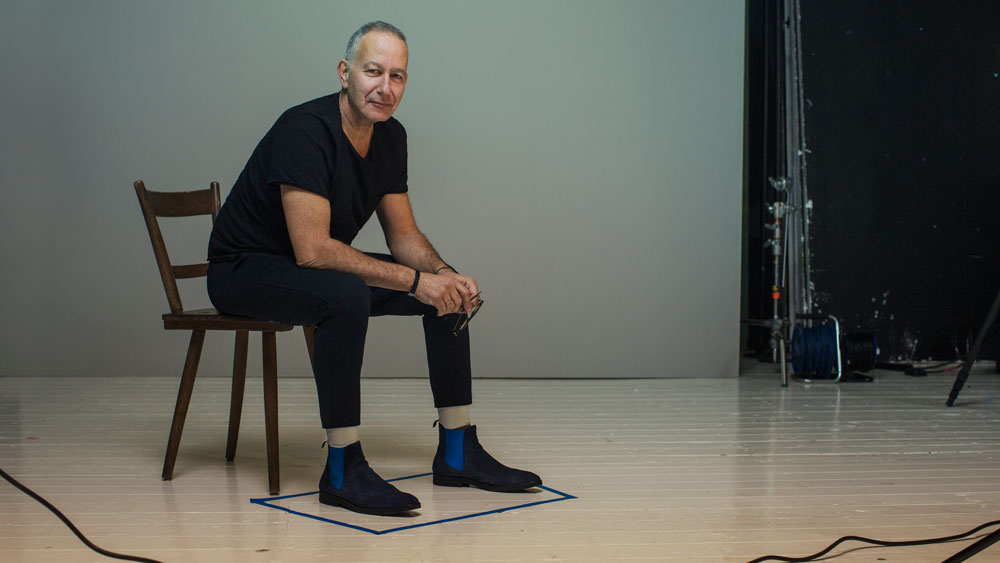 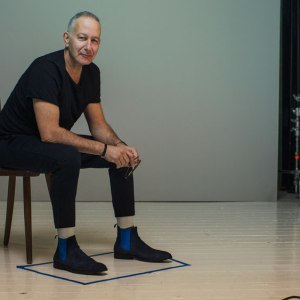 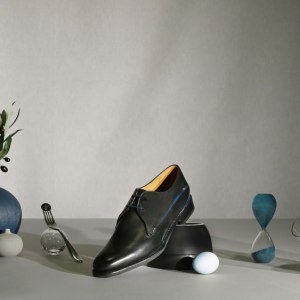 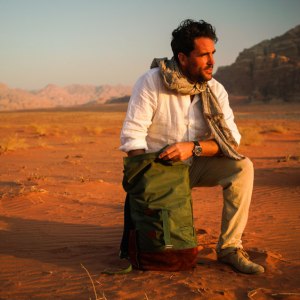 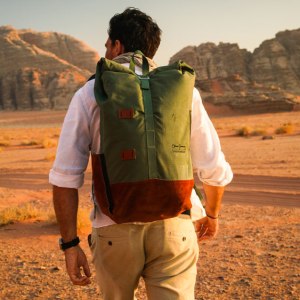 For British brand Oliver Sweeney, shoes are much more than a mere accessory. In addition to simply expressing personal style, the house understands that the shoes a man chooses to lace up or slip on in the morning speaks volumes about him. So this season, the brand has taken this ethos to the next level, partnering with men at the top of their fields to create a series of limited-edition styles that capture the essence of their personalities, lives, and values.

The three capsule collections will be released throughout the spring—with the first, the Photographer’s Boot ($459), dropping today. Created in collaboration with renowned portrait and landscape photographer Nadav Kander, the shoe is a twist on the classic Chelsea boot, rendering the typically sleek style in two playful colorways. Designed to be stylish enough for Kander to wear while shooting famous subjects in his Kentish Town studio (which happens to be just down the road from Oliver Sweeney’s headquarters) and rugged enough to withstand treks into the great outdoors, the styles are made out of buttery, water-resistant navy and burgundy suede. Each also features contrasting elastic panels—and we’re especially partial to the electric blue on the navy pair, as they will add an extra flash of personality to monochrome looks.

The second two collaborations—a pair of formal dress shoes designed by two-Michelin-starred chef Marcus Wareing and a capsule collection of desert boots, espadrilles, and travel bags designed by famed explorer Levison Wood—will be released in the middle of March and early April, respectively.

Like the collaboration with Kander, each of these two capsule collections distill the passions of these men into stylish and endlessly wearable designs. The leather Chef’s Shoes ($350) are meant to carry Wareing from the kitchen to the dining room, pairing practical nonslip soles with sleek chestnut brown or inky-black leather uppers. Designed by Wood, the Explorer’s collection takes the series to the next level. Wood himself tested the rugged desert boots ($350) and travel accessories on a 5,000-mile journey across the Arabian Peninsula, proving that they’re built to last, whether you’re packing them for your next adventure or lacing them up to sprint from meeting to meeting.