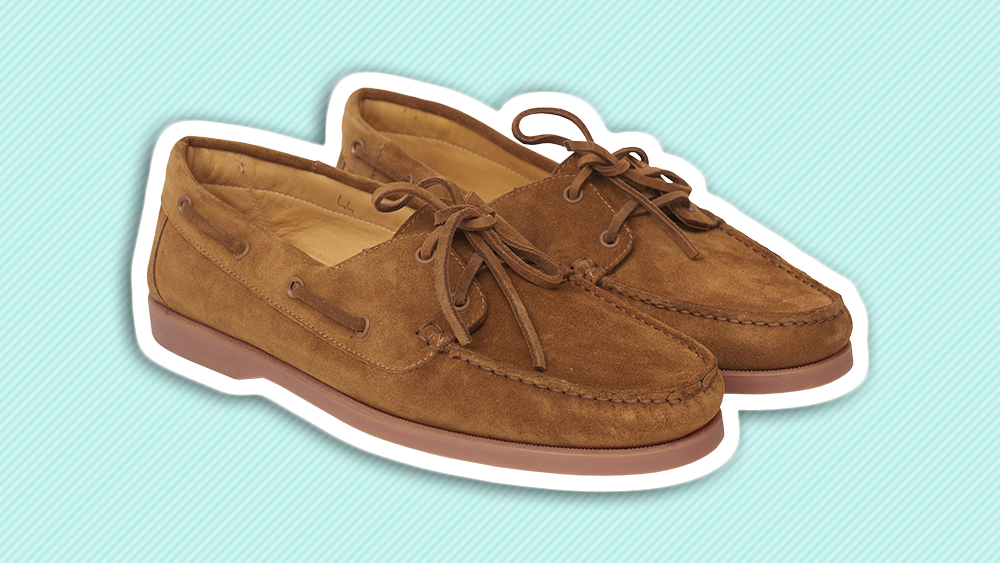 As an Ivy Style acolyte, I’ve worked most of The Official Preppy Handbook into my own wardrobe at one point or another. The boat shoe, however, stands as an exception.

I want to like the boat shoe. After all, who wouldn’t want to feel like a maritime Kennedy the moment we reach ankle-bearing temperatures? But for every aspirational photo of JFK at sea there are 100 real-life encounters with schlubby frat bros trudging about in cheaply made, poorly cared for boat shoes that have been worn for three straight months without socks. And should one of these offenders kick their footwear off while seated in your vicinity, it’s enough to make you swear the style off for life.

That’s been my position, until P. Johnson introduced its own boat shoe this past fall. Perhaps it’s the distance from the style’s American origins—P. Johnson hails from Australia and makes its iteration in Italy—but the result is a top-sider that feels liberated from its fratty stateside associations.

It is recognizably a boat shoe, complete with a two-eyelet profile, rawhide laces and a grippy rubber sole, though in this case the sole’s brick-red coloration makes it more subtle than the typical optic white.

But where it really diverts from the norm is its feel: Its highly flexible, hand-stitched vamp makes it wear more like a moccasin house slipper than a standard boat shoe. The fit proved forgiving enough that I could still slip in-and-out without undoing its laces, making it ideal for a run downstairs to sign for a package or a skip across the street for a salad. And yet, the fit proved grippy enough that I could put in real mileage without encountering ankle slippage.

Lastly, there’s the question of materials. While the shoe is available in four shades of suede and a black pebble grain leather, I settled on a snuff suede that feels lush and substantial. On the inside, the kid suede lining proves a soft cradle for bare feet (though I still found myself wearing no-show socks on any walk longer than a few blocks for reasons of shoe preservation).

So, the next time I feel offended by a badly worn boat shoe, I won’t hold it against the wearer—I’ll just point them in the direction of P. Johnson (and perhaps some foot powder, too).