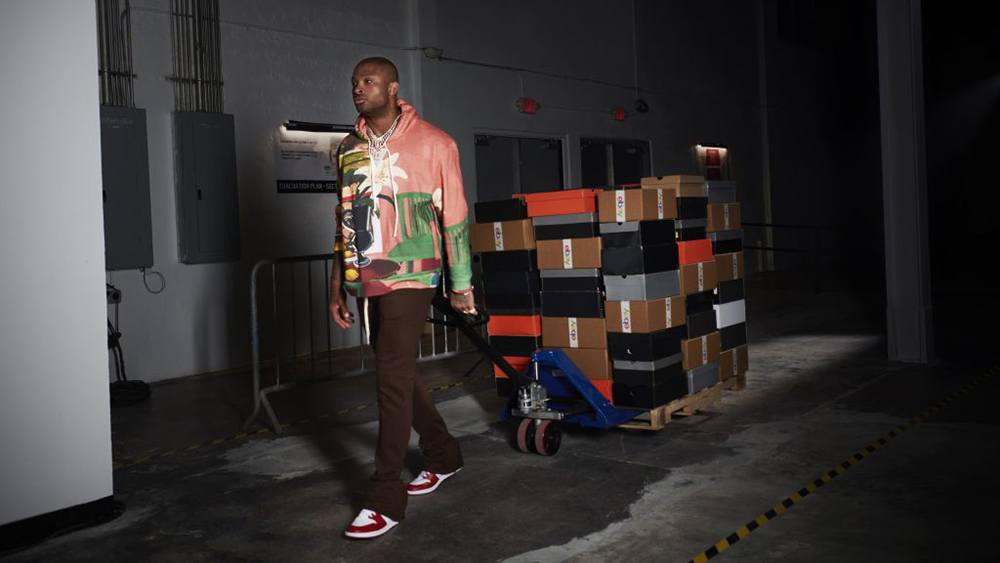 P.J. Tucker is one of the world’s most prolific sneaker collectors. The Miami Heat power forward has previously created kicks with Dolce & Gabanna, showcased his footwear grails at Art Basel, and even has a dedicated loft in Houston to house his ever-expanding collection. The sneakerhead recently decided to part with some of his rarest pairs, though, all in the name of charity.

In partnership with eBay and streetwear retailer Solestage, Tucker has auctioned off 100 pairs of sneakers from his private archive over the past two weeks. The selection included coveted player exclusive (PE) shoes, samples and collabs from top labels such as Nike, Air Jordan and Louis Vuitton.

Ranging from $350 all the way up to $15,000, the kicks were promptly snapped up by fellow collectors, with a portion of the proceeds going to Soles 4 Souls. This Tennessee-based nonprofit distributes donated shoes and clothing to those in need with the goal of empowering people to break the cycle of poverty.

One of the standouts of the sale was Tucker’s pair of Nike Dunk SB Low “Heineken” sneakers. The low tops, which sport white and green leather uppers inspired by the Dutch beer, have become especially sought-after among Air Jordan connoisseurs since they were released in 2003. This particular pair were originally listed for $15,000, but sold for a comparatively modest $6,500.

There were also a number of pairs on offer that the pro baller had himself donned on the court over the years, including the rare “Eminem” Air Jordan 2 Retro PE. Other highlights included a navy test sample of Air Jordan 1 Lows, as well as a pair of the Nike Kobe 4 Protro PE kicks and Nike LeBron 8 V2 Diana Taurasi PE sneakers.

Robb Report reached out to eBay, Solestage and Soles 4 Souls to see exactly how much the sale managed to raise for charity, but did not immediately receive a response. The full 100 sold, however, which means profits would’ve totaled $35,000 at the very least. That’s certainly nothing to sneeze at.