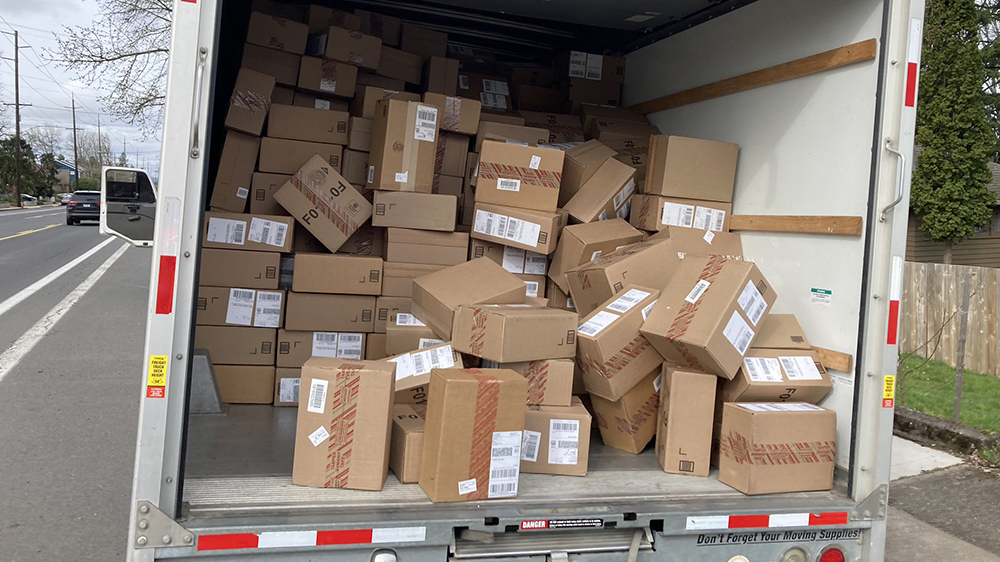 People are willing to go to extraordinary lengths to get themselves a pair of Yeezys.

Portland police arrested a man that they believe stole a U-Haul found in the northern part of the city on Sunday, reports The Oregonian. But the truck wasn’t the only thing the man allegedly tried to make off with—the vehicle was also filled with over 1,000 pairs of Kanye West’s coveted sneakers in the back.

The truck containing the shoes was stolen on Saturday night, but was discovered by officers in the department’s north precinct the following day, according to a tweet from officials. After locating the vehicle, authorities arrested 26-year-old Rupert Crosse and charged him with theft and possession of a stolen vehicle. Interestingly, the charges were dropped on Monday following a “no complaint motion” by the Multnomah County District Attorney’s Office, according to Portland TV station KOIN. Crosse, who is reportedly known as “Cabby,” can be charged again in the future following further investigation.

Last night, a Uhaul containing 1100 pairs of new Adidas “Yeezy” shoes was stolen. Dayshift officers located the uhaul, arrested 26 YO Rupert Crosse, and recovered the shoes which are estimated to be worth over $250,000. Great work North Dayshift! Case 22-74652. pic.twitter.com/zjXWb5Vs9n

In the back of the U-Haul, officer found 1,100 boxes of Yeezy brand sneakers which they estimate are worth a combined $250,000. That would put the average value of each pair at about $227. Yeezy, a sub-brand of Adidas that produces shoes, clothing and accessories designed by West, regularly sells footwear from anywhere between $200 and $500. Sales for the sneakers reached $1.7 billion in 2020, making West around $190 million in royalties, according to Bloomberg Businessweek. The brand is a big part of why he is a billionaire.

The $250,000 estimate may be accurate, but it’s also low when you take into account the vibrant second-hand market for Yeezys. The brand’s sneakers generate so much interest in part because they are produced in such limited quantities. Some of the more coveted designs, like the Boost 350 Pirate Black or the Combat Boot Season 4 Sand, regularly sell for four to five time their manufacturer’s suggested retail price on online streetwear marketplaces like StockX or Grailed. Even less expensive items, like its slippers and slides, can sell for significantly more than retail. Which makes it tough to put a real value on the booty Crosse had in the back of that truck.