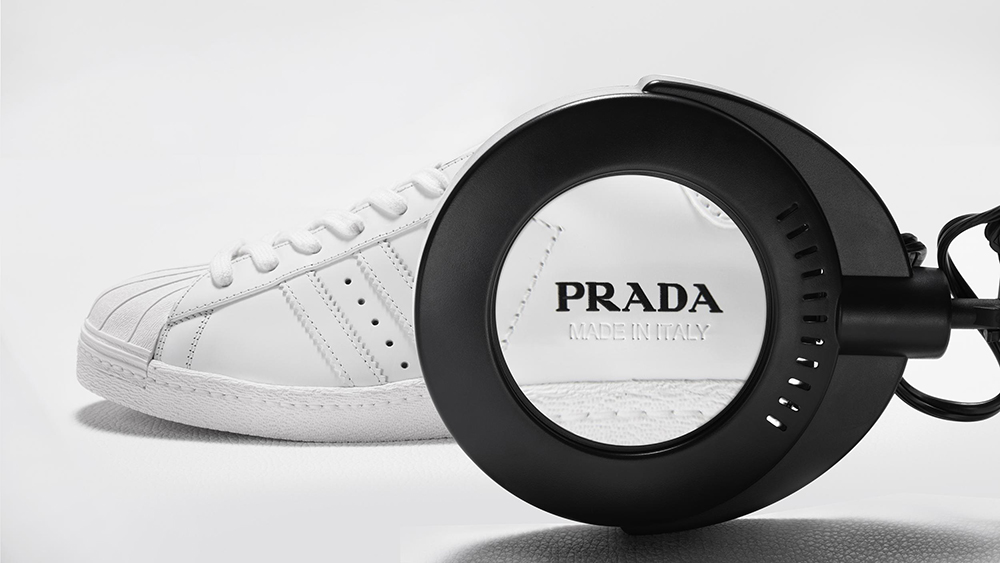 What happens when you take a streetwear classic and bless it with the ‘Made in Italy’ stamp of approval? Prada and Adidas are about to find out. After weeks of dropping careful hints, the high-brow Milanese fashion house and the German footwear giant are finally unveiling what they’ve been working on: new versions of Prada’s iconic Bowling Bag tote and Adidas’ Superstar sneakers in a graphic, yet simple, black and white palette.

Both pieces will be made in Italy according to Prada’s famous quality standards, and the shoe’s’ form remains unchanged from the original design. What is different is that the Superstars resulting from this collaboration have premium full-grain leather uppers that boast both the Prada and Adidas logos. The Bowling Bag tote will also feature both brands’ logos.

Since each company teaches a masterclass in branding, it makes sense that the two creative forces had fun playing with their signatures. The graphic Prada and Adidas logos, each distinctive enough on its own, were beautifully combined and sit prominently on each tongue in black type against an otherwise white background. Edition numbers debossed along the side and trefoil logos just above the heel complete the overall minimalist design.

For its part, Prada also wanted to put an athletic spin on one of its own recognizable accessories and chose the much-coveted Bowling Bag to experiment on. Its soft trapezoidal silhouette was enlarged to mimic Adidas’ gym bags while its surface was stripped of unnecessary detailing. That makes the contrasting emblems stamped at the top all the more prominent.

The exclusive set is limited to a run of just 700. We can already hear the clamor of customers begging to get their hands on one. Try grabbing one for yourself when they hit the Prada and Adidas websites––along with a few in-store locations––on December 4th.