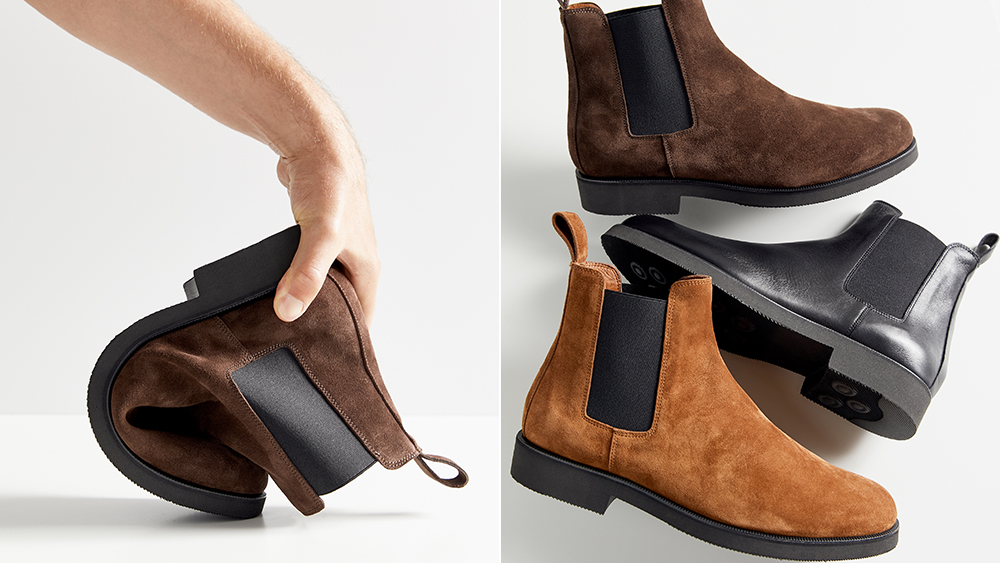 Rakoh is a footwear brand built around comfort. But it was the experience of discomfort—in particular, the business casual shoes that are de rigueur at Harvard Business School—that inspired founder and CEO Raphael Kohlberg to create something better.

“I kept thinking, ‘My feet are killing me’,” Kohlberg recalls of his student days. “And I looked very hard and I could not find a pair of shoes that I thought were stylish, appropriate and comfortable.”

Kohlberg had begun pursuing his MBA in 2016, in the hopes of one day establishing his own brand of surf or ski gear. But the dilemma of finding presentable yet non-punishing shoes scrambled those priorities.

“I thought, OK, that could be the idea,” he tells Robb Report. “Let’s just solve the problem and go from there.”

Kohlberg—who had no background in fashion or footwear design outside of a single course in college—soon found himself presenting the idea to an interested party that made introductions to Italian shoemaking factories on his behalf. While an outsider to the industry, Kohlberg used the opportunity to soak up as much knowledge as he could.

“I wanted to see every step of the production process,” he recalls. “I wanted to understand all the things we can play with here, all the decisions that we could make, all the different choices and figure out how they add up to something that’s really beautiful but also comfortable.”

The result was Rakoh’s original, and signature, product, the “All Day” Chelsea boot, which debuted in 2019. But producing a shoe that could solve his original problem meant redesigning the Chelsea boot from the ground up, starting with a custom last.

“I love the Chelsea style, but the beautiful ones tend to be very narrow,” Kohlberg says.

His solution was a boot that matched a classic shape to a more rounded toe, made on a softer lasting board that allowed for more cushioning. The materials used in its upper—calfskin or suede, with calfskin linings—were traditional. But the soles were made from ultra-lightweight EVA foam, giving the style a weight that’s more in line with running sneakers than boots.

“Every time someone picks up the shoe, they’re shocked by how light it is,” Kohlberg says.

If sneakers inspired the outsole, hiking boots must be credited with the insole. He noticed that even luxury dress shoes often had no real insole to speak of—sometimes just a piece of leather—while hiking shoes relied on padded insoles to deliver more comfort and shock absorption. After a great deal of trial and error, Kohlberg was able to develop an insole that cushioned from heel to toe.

The result is something that Kohlberg believes passes the dress test but does so without the first days or weeks of foot-straining pain. “They will break in, but it’s not a shoe that you have suffer to break in. They’re comfortable from the very first go,” he says.

While Rakoh—which Kohlberg named by merging the first two letters of his first name with the first three of his last—began with Chelsea boots, it’s not limiting itself to one style. Currently available for pre-order is a leather or shearling-lined suede desert boot built on the same last and with the same EVA sole as the Chelsea. Also in the pipeline is a hiker-style winter boot, as well as a loafer and a derby that will be made on entirely new custom lasts.

Which means eventually, Rakoh might help you create an entire footwear wardrobe that won’t weigh you down.