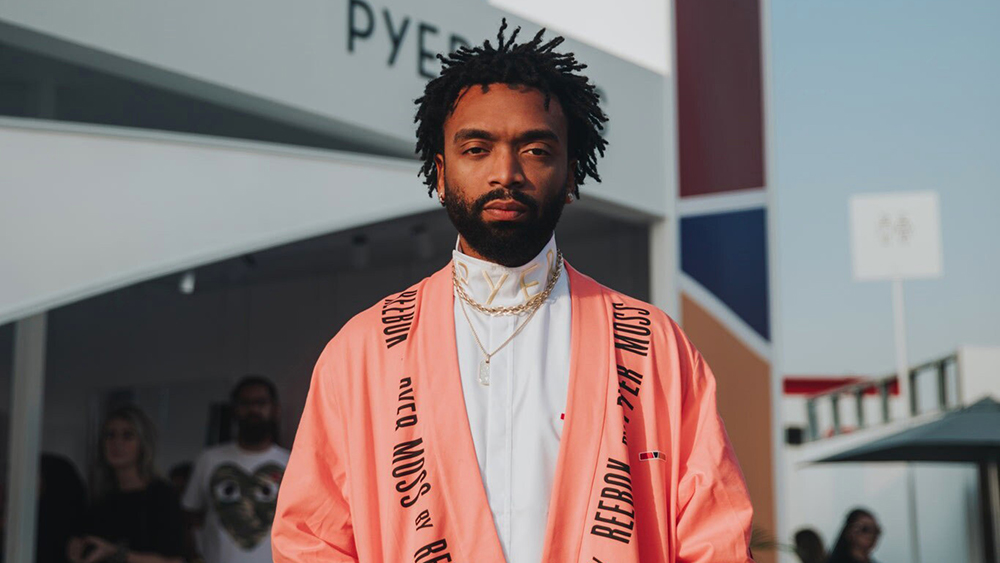 Fresh blood is flowing into Reebok. New York City-based designer Kerby Jean-Raymond has just been named vice president of creative direction at the sportswear giant, an appointment that’s sure to usher in a new era for the footwear brand.

The 28-year-old Haitian-American, who founded the pioneering Pyer Moss label in 2013 and recently was crowned CFDA’s menswear designer of the year, has worked with Reebook for the past four years on various collaborations. The new role is an official leadership title that will expand his influence on the company.

Jean-Raymond will bring his unique voice and bold artistic vision to the brand by providing creative leadership across all design disciplines. Or, as he so eloquently summed up on Instagram, “shake shit up a lil.” He will also head up Reebok’s newly-instated Product With Purpose program, which was launched as part of its United Against Racism initiative.

“Kerby is a fashion visionary with a bold approach who has established himself as a leader and a passionate activist,” Reebok’s president Matt O’Toole said in a statement. “We are incredibly excited about the impact he will have on Reebok from a design and brand purpose perspective and for him to bring his unique voice and direction to the Reebok brand more broadly.”

3 years after Evan and I exchanged the initial sketches for these, they’re here. Production is a bitch. lol … Introducing the “Sculpt 1.” Our first standalone sneaker. Available October 3 at 12P EST on pyermoss.com and SSENSE.

That’s not lip service, either. In addition to his undisputed fashion chops, Jean-Raymond is a true cultural force. He recently partnered with fashion powerhouse Kering to launch the Your Friends in New York platform, designed to empower the next generation of innovators. He also started the Exist to Resist initiative to spotlight the important work social justice organizations are doing via some seriously stylish tees. No doubt, he’ll continue this vital forward-thinking during his tenure at Reebok.

“I welcome this opportunity to help invigorate the brand with new ideas, while also focusing on instilling a sense of social purpose into our work,” said Jean-Raymond.

Cool kicks are, of course, also on the cards. Hypebeasts need only look to the sought-after sneakers in the award-winning Reebok by Pyer Moss collection that routinely sell out within minutes. The first Reebok products by Jean-Raymond will drop in 2022. For those who can’t wait, Pyer Moss is launching its first in-house sneaker, Sculpt (above), on October 3 for $595.