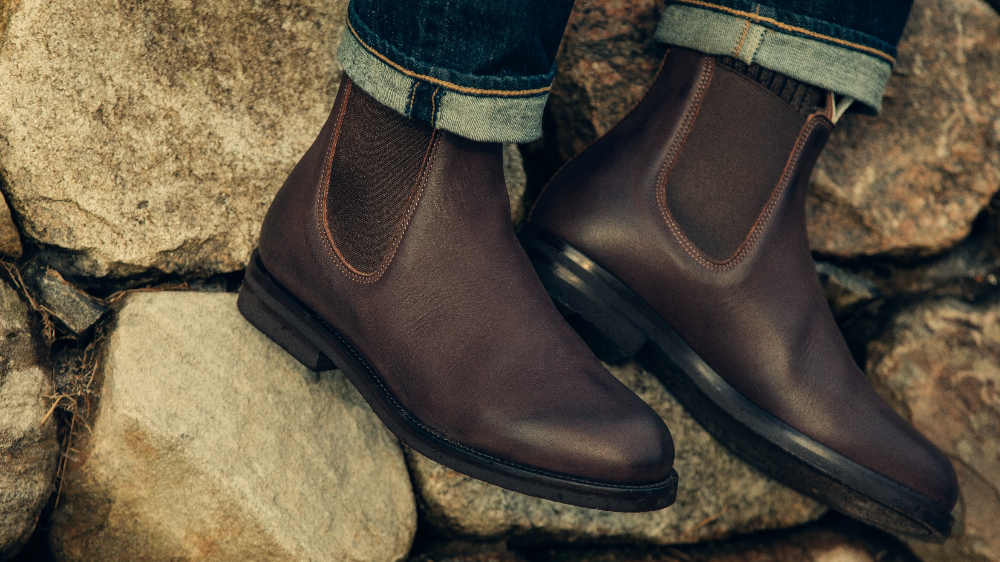 That’s the mileage I put into Scarosso’s “William III” Chelsea boot in a single week while visiting Venice over the holidays. It was something of a gambit, as I’d received the shoes just a day before my departure and had previously taken Chelsea boots to Italy with disastrous results.

That was 2018, in Rome, where a pair of sleekly tapered Chelseas I’d brought without a substitute turned out to be torture on my toes. At the very least, I was able to wear the new pair around the house while packing, to test their comfort before I was locked in.

I had a good feeling from the start. The Italian-made boots, which were designed in collaboration with photographer and WM Brown magazine founder Matt Hranek, are made on a rounded last that leaves plenty of room for my spade-shaped foot. And yet, they retain the sleekness that makes a pair of Chelsea boots desirable to begin with, elevating it above the comfort-first touristic footwear I was keen to avoid.

While available in oiled calfskin or suede, I chose the former so that I wouldn’t have to hide from the rain. And the impermeability of its Vibram Gumlite sole could come in handy in a famously flood-prone city.

My hypotheses were proved correct through a week of non-stop pavement pounding, during which the boots broke in beautifully and expanded ever so slightly to accommodate my feet (I’m a US 11.5 in sneakers, I took a size 44). Yes, my feet were sore after days that totaled more than 20,000 steps, but at no point did a single blister form. And while we were lucky enough to avoid acqua alta, the sticking power of its outsoles was appreciated on a few rainy days.

Just as importantly, I was able to wear them with cords and a waxed jacket while tromping over bridges and campos in the daytime, and then dress them up with a sport coat and a knit tie before going to Harry’s Bar for dinner.

As the sort of self-conscious American who’s constantly criticizing his countrymen for exclusively wearing sneakers abroad (never mind that the Italians wear sneakers too), I’ve long argued that embracing comfort needn’t come at the expense of style. Happily, Scarosso’s William III adds a bit more weight to my argument.