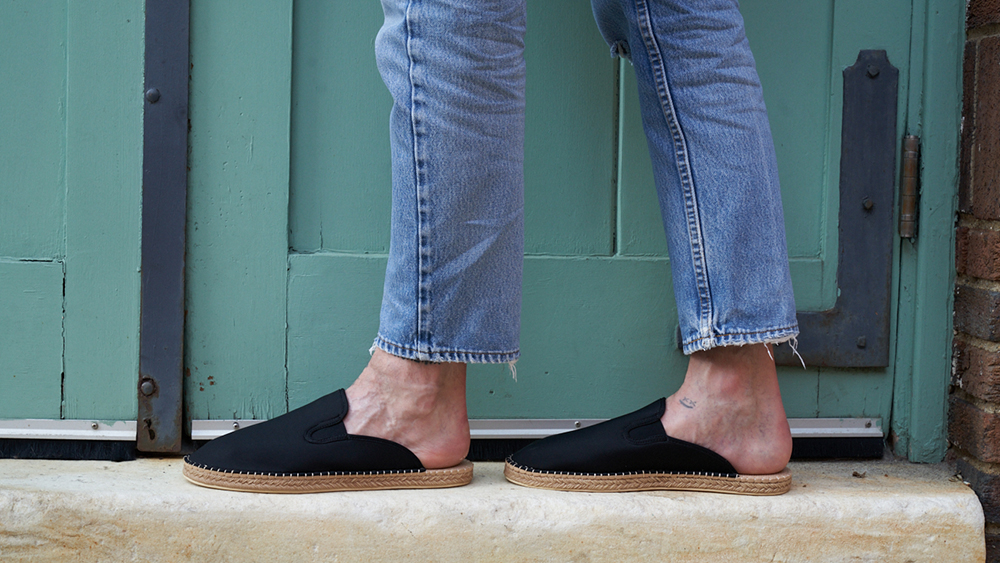 They’re the Swiss Army knife of vacation shoes. Ever since I bought a pair of espadrilles from Seastar, my packrat tendencies when I travel anywhere hot have been transformed.  Where I used to have to bring a driving moccasin, some flip flops and even a pair of ugly plastic ocean shoes, now I rely entirely on my navy Beachcombers. It’s all thanks to the simplest, but smartest, tweak in the design. At a casual glance, each pair resembles a classic cotton espadrille, minimally styled and timeless, the perfect summertime shoe. But look closer, and you’ll see the fabrication is different: They’re entirely waterproof, thanks to an upper made from breathable neoprene, the same material as a wetsuit, and a rubber sole.

They were invaluable this summer on my trip to Greece. I wore them to lunch at a beach club in Santorini, and then kept them on when I decamped poolside—no need for flip flops. Snorkeling and wading over a rocky ocean bed in nearby Milos? Yep, I kept wearing them then, too, as a little protective footwear. They won’t fall apart, either, if you’re caught in a mid-afternoon downpour—as I was, on the little island of Kimolos, strolling around the cobbled back streets. I slipped them off discreetly, under the table in a cafe, and by the time I finished my beer 15 minutes later, they were dry again. And once I got home, after a week or more of wear, I machine washed them to remove any dust or scuffs.

It’s no surprise that the canny mind behind these is a former Hermès marketing staffer Libby Fitzgerald, who founded the company six years ago after her teenage sons pointed out how unfit her footwear had proven on a coral-strewn Caribbean beach. She now holds several patents for the design, and just scored a $1.25 million investment in first-round funding aiming to expand the firm, which sells directly or via stores like Saks and Neiman Marcus.  Seastar now offers several designs of waterproof shoes, as well as bags for women, men and kids. But I’m not interested in anything other than that classic Beachcomber: My years-old pair still looks good as new, and only cost $96. Now to find a few choice pieces that could cut down on how many clothes I always bring.