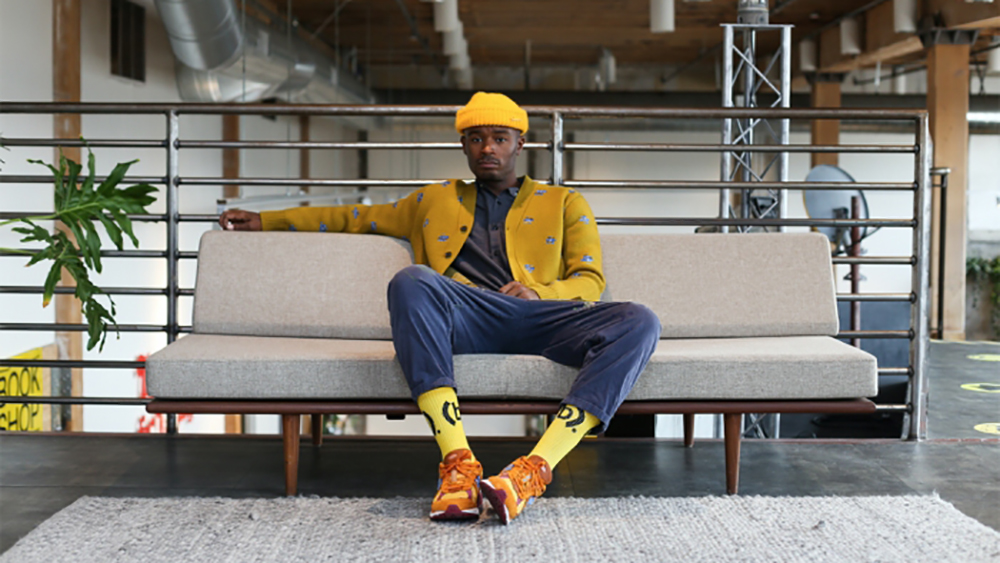 Salehe Bembury has another notable sneaker collaboration in the works.

The prolific footwear designer shared images on Instagram yesterday of his forthcoming sneaker project with Moncler. At the time of publication, there are no further details of the partnership between Bembury and the French luxury fashion house.

The teaser image of the forthcoming Salehe Bembury x Moncler sneaker shows a shoe with a co-branded tag on the tongue, confirming that this is a collaboration between the two entities. The inaugural iteration shared by Bembury reveals that the upper will wear a pink-based color scheme, with burgundy hits on the eyelets and navy piping running across the sides of the shoe. Additionally, the style will come with gray rope shoelaces along with an olive-colored tongue and a sail suede ankle collar. The image did not reveal the sneaker’s tooling.

Prior to the release of his Moncler shoe collab, Bembury has worked with numerous sneaker brands, including New Balance, Anta and Crocs. Although Moncler is best known for their apparel, the skiwear label has previously joined forces with Kith, Converse and Asics to deliver special footwear designs.

Despite an early look from the designer himself, release details for the Moncler x Salehe Bembury sneaker project have not yet been announced by either of the parties involved.

In related Salehe Bembury news, the streetwear connoisseur also teased his upcoming collaboration with shoe company Clarks on Instagram last month, with the caption of the photo tagging @ClarksOriginals.