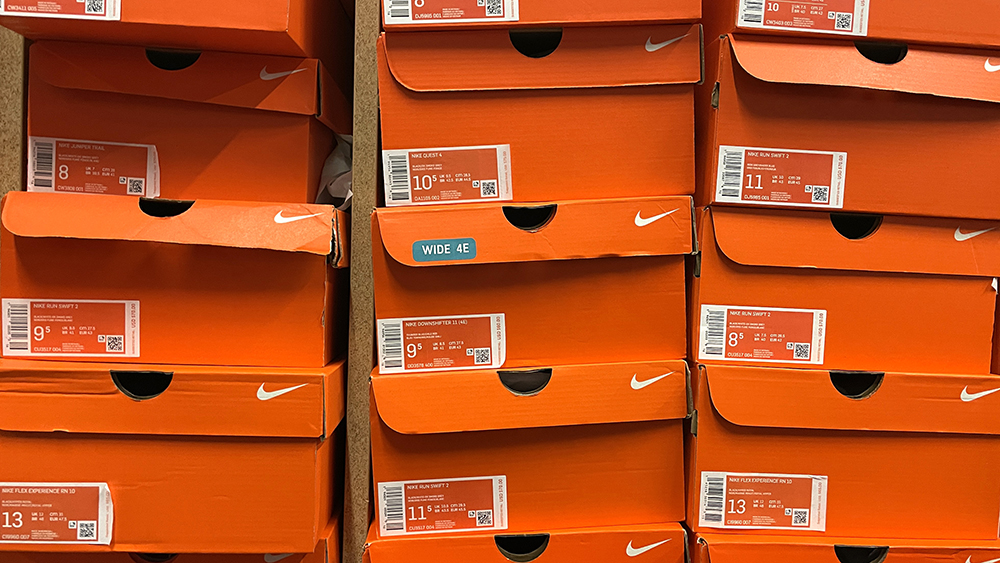 Just weeks after a former sneaker resale business owner was charged with orchestrating a multimillion-dollar wire and bank fraud Ponzi scheme, a court-appointed receiver is looking to unload nearly 60,000 pairs of shoes to raise funds for victims.

Michael Malekzadeh, the former owner of Zadeh Kicks LLC, a now-defunct Oregon corporation that sold limited-edition and collectible sneakers online, was criminally charged with wire fraud, conspiracy to commit bank fraud, and money laundering on Aug. 3, accused of swindling $85 million out of customers and financial institutions.

Now, according to court documents viewed by Bloomberg, 59,780 pairs of shoes tucked away in a warehouse belonging to the man once described as “the Bernie Madoff of sneakers” are now being auctioned off by a court-appointed receiver.

Among the first to go: 1,100 or so pairs from Malekzadeh’s personal collection, both new and used, according to court documents.

And in his closely guarded warehouse, there are 4,746 Yeezys, 4,626 Adidas shoes, and 48,339 Nike shoes—a good chunk of which are believed to be highly coveted Air Jordans. Styles from Vans, Asics, New Balance, Converse, Puma and Reebok are also included in the sale.

Altogether, experts told Bloomberg that the still-boxed and tagged lot of shoes could be worth anywhere between $12 million and $20 million—at best. A far cry from the $70 million Malekzadeh is charged with defrauding out of customers.

According to Bloomberg, the goal is to sell as many of the sneakers as possible, as soon as possible, to reimburse thousands of customers who authorities say ordered shoes but never got them. Experts caution that even if all the sneakers sell, the amount raised wouldn’t go anywhere near covering what the victims are owed. Customers might not get their money back for months, if ever.

Federal prosecutors charged Malekzadeh, 39, with perpetrating a fraud scheme that allegedly cost customers more than $70 million in unfulfilled orders and defrauded financial institutions out of over $15 million. Bethany Mockerman, Malekzadeh’s 39-year-old fiancé, was also charged with conspiring with Malekzadeh to commit bank fraud.

According to court documents, Malekzadeh started his business in 2013 by purchasing limited-edition and collectible sneakers to resell online. Beginning as early as January 2020, Zadeh Kicks began offering preorders of sneakers before their public release dates, allowing Malekzadeh to collect money upfront via PayPal or wire transfer before fulfilling orders. Malekzadeh advertised, sold, and collected payments from customers for preorders knowing he could not satisfy all orders placed, the charges allege.

An example given in the court document showed that in 2021, Malekzadeh began selling preorders of Nike Air Jordan 11 Cool Grey sneakers. Zadeh Kicks received and accepted preorder sales of over 600,000 pairs of sneakers, resulting in payments to Malekzadeh of more than $70 million. Malekzadeh had no way of acquiring the quantity of sneakers needed to fill the preorders received. In fact, he was only able to acquire just over 6,000 pairs. Customers were either left with unfulfilled orders or they received a combination refund of cash and Zadeh Kicks gift cards.

The court documents allege that Malekzadeh spent the proceeds from the preorders on luxury goods, including several million dollars worth of high-end automobiles from Bentley, Ferrari, Lamborghini, Porsche and Mercedes, over $3 million paid to Louis Vuitton for luxury bags, purses and other items, a large quantity of jewelry, several furs, and millions of dollars in watches ranging in value from a few thousand dollars to over $600,000.

What’s more, American Express filed a lawsuit against Malekzadeh and Mockerman in July seeking $2 million and $3,000 in monetary damages, respectively, as it seeks to recover unpaid balances spread across three cards used by the Zadeh Kicks business and Mockerman.