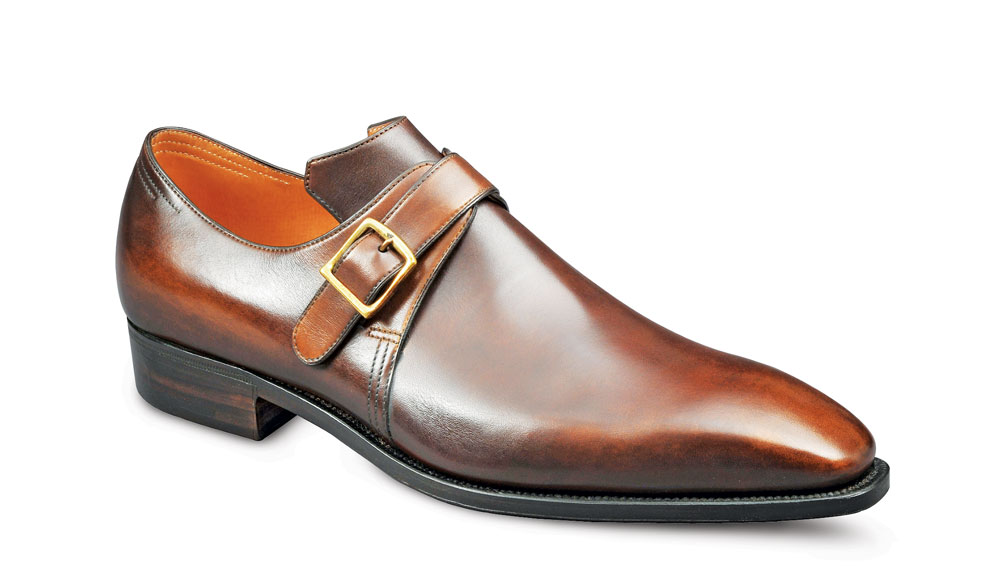 A Parisian shoemaker’s passion for the human touch has won him a cult following.

Pierre Corthay likens his refined footwear to a classic car’s chassis. “It’s all about the balance of the width, length, and volume,” says the 52-year-old cobbler, whose aesthetic was shaped by his grandfather’s collection of venerable vehicles. Like those timeless automobiles, Corthay’s distinctive shoes present sculptural silhouettes, nuanced colors and finishes, and subtly concealed details that enhance comfort. Awarded the prestigious Maître d’art by the French Minister of Culture for his excellence in craftsmanship, Corthay is considered among the world’s best shoemakers, and the demand for his creations is growing. “It is easy to have everything today, but not bespoke shoes, because you have to wait up to six months for a pair,” he says. “Today, people appreciate the humanness in handmade shoes, and they can see the human touch in each shoe.”

This personal attention limits Corthay’s annual production to about 150 pairs of bespoke shoes, the lasts for which the cob­bler carves himself in his small Parisian atelier, where four other craftsmen—including his younger brother, Christophe—assist him. His process has changed little since age 16, when he entered the rigorous Compagnons du Devoir, a French trade school that dates to the Middle Ages. During the seven-year program, he served as an apprentice in workshops around France; he later secured jobs at John Lobb’s and Berluti’s workshops. In 1990, he established his own atelier and quickly gained a following that has flourished over the past decade. Some of his most devoted clients have more than 100 pairs of bespoke shoes, which start at $5,000 a pair.

The ever-increasing requests range from conservative derby styles to pink crocodile lace-ups with metal toe tips, and this demand prompted Corthay to establish a second atelier that fabricates ready-to-wear examples. In this larger workshop, 25 craftspeople produce a collection of ready-to-wear shoes that start at $1,200 per pair and can be personalized with custom colors and details. This new line can be found at Corthay’s flagship boutique near Place Vendôme and at his recently opened retail spaces in Hong Kong, Dubai, London, and Beijing.

Even so, these expanded offerings remain nearly as limited as the bespoke product, for they too are largely handmade—a point on which Corthay is unwilling to compromise. The artisan still relishes carving the wooden lasts for the custom designs and the prototypes of the ready-to-wear models. “It’s a contemplative job,” he says, “because it is something you do alone, and your mind can float and wander.” The meditative nature of the work perhaps explains its appeal to would-be apprentices: He has recently observed a newfound interest among Parisian women and youths in learning the trade. Corthay is thus encouraged that age-old shoemaking traditions will imbue a new generation of cobblers and clients with an appreciation for the human touch.