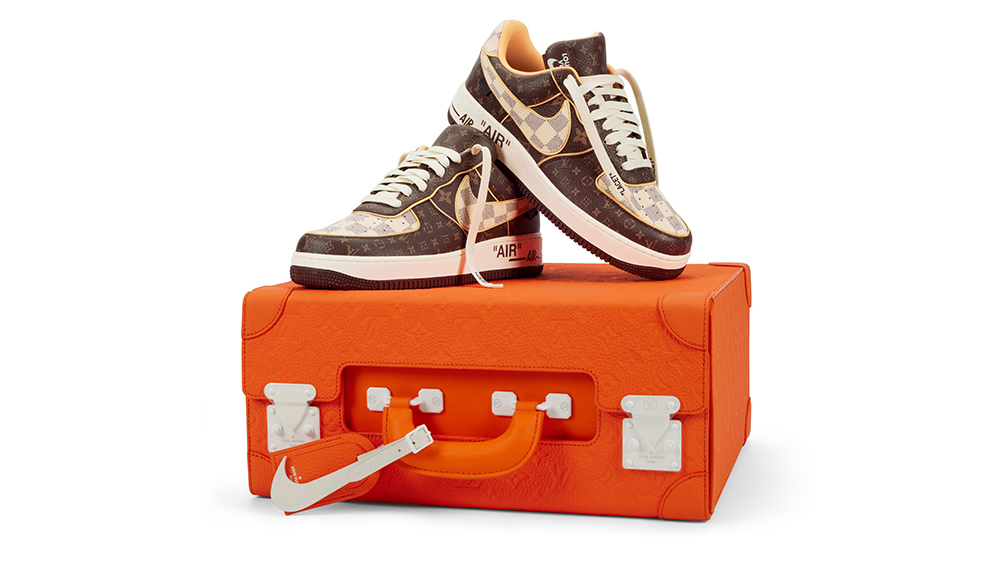 The sale, titled simply 40 for 40 The Air Force 1 Collection, comprises, you guessed it, 40 extraordinary pairs of AF1s. From sought-after collabs to rare limited editions, the curated collection showcases striking designs from the past four decades.

Designed by Bruce Kilgore, the AF1 was the first basketball shoe to use the Nike Air technology. Originally released as a high top in 1982, the silhouette was an immediate hit both on and off the basketball court. The classic design has been continually reimagined in different cuts and colorways, but still remains one of the world’s best-selling sneakers on both the primary and secondary markets.

The online auction, which will run from June 8 to 21, includes many variations on the famed model. Each showcases different materials and design flourishes: Leading the sale is a pair of Louis Vuitton Air Force 1s designed by the late Virgil Abloh. Especially coveted among sneakerheads, the monogrammed kicks are expected to fetch between $80,000 and $120,000. They may well hammer down for more, though. A pair sold for a record-breaking $352,800 last February in a sale dedicated to the model that pulled in some $25.3 million.

Another highlight is the AF1 ‘EKIN’ kicks. Made in 2019, this special sample pays homage to Nike’s most knowledgeable employees. In fact, the moniker, which is Nike spelled backward, was developed in the ’80s as a symbol of the backward and forward product knowledge of the employees. It’s this EKIN detailing that sets this pair apart from others. The sneakers are expected to realize between $15,000 and $20,000.

One other notable lot is a pair of limited editions designed for Nike’s 2008 1World campaign. The kicks were created in partnership with Questlove (the drummer and co-founder of the Roots) and feature a contrasting palette of red leather and a unique green elephant print. There’s also one of just 25 variants to feature the highly desired gold toe. As such, this lot is estimated to reach between $10,000 and $15,000.

“The Air Force 1 has one of the richest legacies of any Nike silhouette,” Brahm Wachter, Sotheby’s head of streetwear and modern collectibles, told Robb Report via email. “It has been constantly customized and holds a really special place in sneakerheads’ hearts. It’s interesting to see different collaborators’ takes on the iconic model, which are displayed throughout the 40 for 40 auction.”

The best part? The full collection will be on public view at Sotheby’s New York galleries from June 8 to 14, so you can peruse the kicks before you splurge. You can check out the full catalog here.