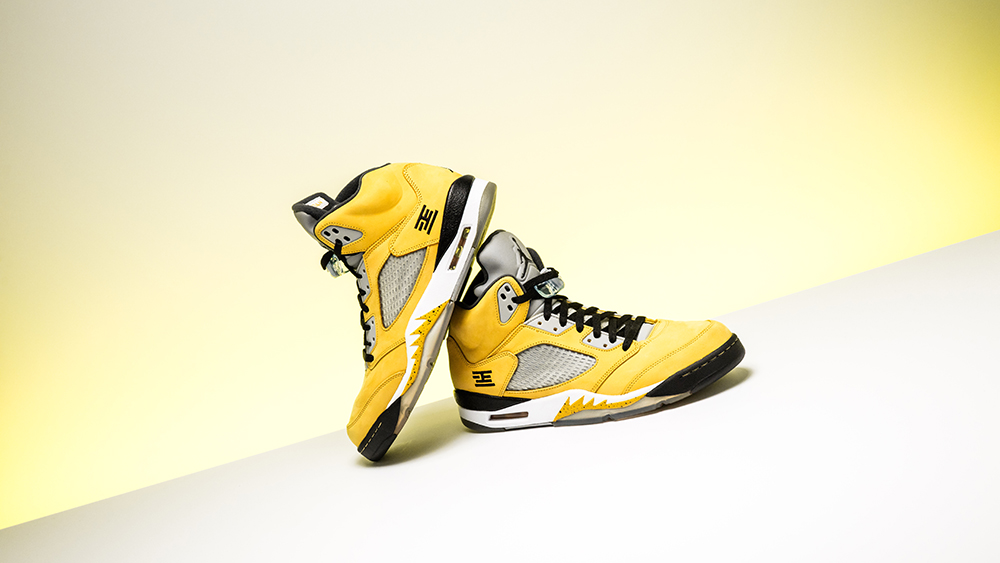 It’s no secret that the sneaker market is exploding. Sneakerheads will do just about anything to get their hands on the latest, coveted kicks—and now they have the opportunity to get their feet into a pair of the world’s rarest. Sotheby’s has partnered with sneaker powerhouse Stadium Goods to auction 100 of the most prized sneakers in history from the company’s renowned “Trophy Case.”

Running today until July 23, the “Ultimate Sneaker Collection” is the first-ever online-only sneaker auction and will offer up highly coveted kicks from Nike, Adidas, YEEZY, Air Jordan, and other notable brands. Some of the standout sneakers include Pharrell’s super sought-after Chanel x Adidas NMD Hu TR, which he customized especially for Karl Lagerfeld; two pairs of limited-edition Back to the Future II Nike Mags from 2011 and 2016; as well as four rare pairs from Travis Scott’s collaborative Air Jordan 4 collection (one of which Kylie Jenner has worn).

Nike MAG “Back To the Future 2016”  Courtesy of Stadium Goods

But the real showstopper has to be the handmade Nike Waffle Trainer “Moon Shoe” from the ‘70s—which Nike co-founder Bill Bowerman designed for the runners at the Olympic Trials in 1972. Only 12 sets were originally made, and only a few pairs remain today. These particular kicks are the only pair known to exist in an unworn condition—hence they’re expected to fetch between $100,000 and $160,000.

“At Stadium Goods, we’ve long talked about how sneakers are this generation’s luxury fashion, and being able to collaborate with a brand with the history and esteem of Sotheby’s is further proof of that. We’re offering dozens of incredibly exceptional items in this sale, including many that are genuinely one of a kind. These items are true cultural artifacts, and it will be a thrill to see them in a public exhibition alongside the rest of Sotheby’s renowned offerings,” John McPheters, Stadium Goods co-founder and co-CEO, said in the press release.

If you’re keen to start bidding, the Stadium Goods x Sothebys “Ultimate Sneaker Collection Auction” is accessible via the Sotheby’s website. Alternatively, you can peruse the kicks IRL at Sotheby’s New York Galleries.

See more of the sneakers crossing the block below: