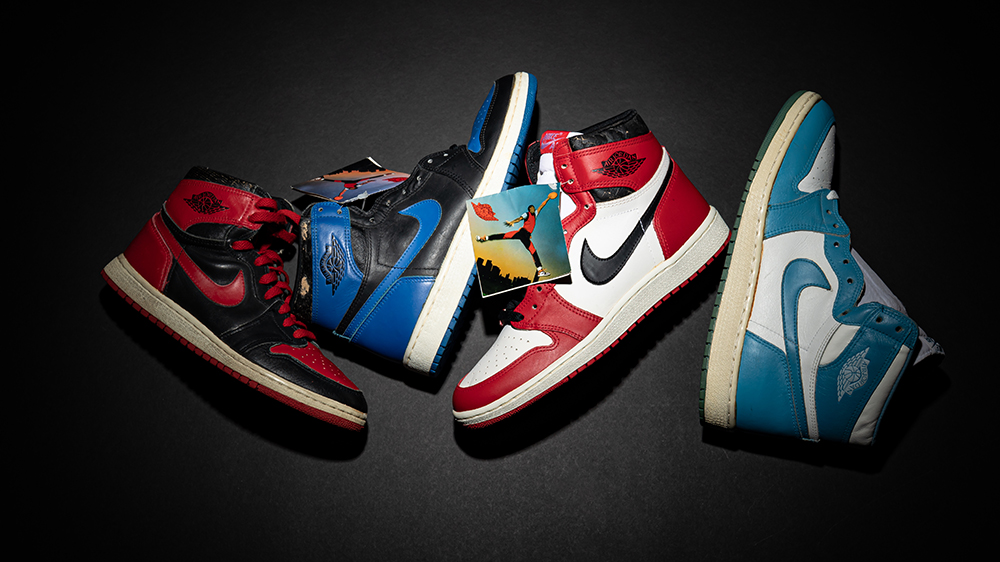 Stadium Goods and Christie’s are ready to run it back again.

A year after the two companies collaborated on a successful sneaker auction, they’re preparing for their second joint sale at the end of June. And this one, entitled “Original Air Takes Flight: The Evolution and Influence of Air Jordan Sneakers,” will be the largest sneaker sale ever hosted by the august auction house.

Like the first Stadium Goods and Christie’s sale, and basically every other high-profile sneaker auction, the focus of the upcoming event will be on the shoe most responsible for making sneaker collecting a phenomenon: the Air Jordan. This month’s sale will feature its fair share of the iconic sneaker, samples and prototypes that chart the shoe and brand’s history. Of particular interest is an early development sample of the Air Jordan 2 that could fetch as much as $160,000, a pair of Air Jordan 1 low-tops in the rare Metallic Blue colorway and a one-of-a-kind pair of Air Jordan 4 high-tops in white with black mesh. There’s even a collection of original Air Jordans 1 through 14, expected to sell for between $50,000 and $70,000.

Another section of the sale includes Air Jordans worn by Michael Jordan himself and pairs those worn and autographed by some of his teammates and rivals, including Chicago Bulls point guard BJ Armstrong and NBA Hall of Famer Charles Barkley. There are also items going up for bid from athletes who have been part of the Team Jordan brand, like New York Yankee legend Derek Jeter, two-time NBA champion Ray Allen and the Washington Wizard’s Russell Westbrook. Finally, there are loads of rare examples, like the “Friends and Family” exclusive Air Jordan Kobe 3 + 8 Pack, as well as collaboration with non-athletes like Drake and Eminem.

Highlights from “Original Air Takes Flight” will be on display at Christie’s New York showroom from June 4 to 9. The sale goes live on June 22, with bidding going until June 30. The first “Original Air” auction brought in nearly $1 million in sales, but don’t be surprised if this auction, which has even more items on offer, exceeds that.