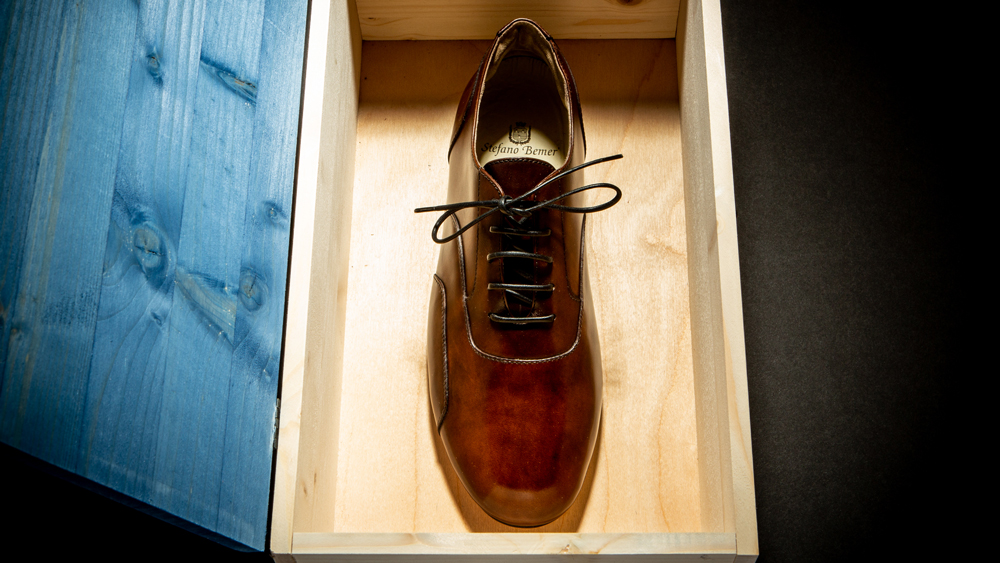 Tommaso Melani, CEO of Italian bespoke shoemaker Stefano Bemer, had a poster of a Porsche 911 on his wall long before he could drive. His Florentine upbringing was filled with long days helping out at the family business, fine leather goods atelier Scuola de Cuoio. Decades later, those two worlds have collided in the form of recently launched Stefano Bemer driving shoes.

Melani wanted to take his freshly-restored 911 to Porsche meet-ups and reunions, but still wanted to be an ambassador for his own company. But bespoke Italian monk straps didn’t fit into the world of air-cooled classic motoring and, that’s when the idea for developing bespoke driving shoes, the Stefano Bemer way, began. 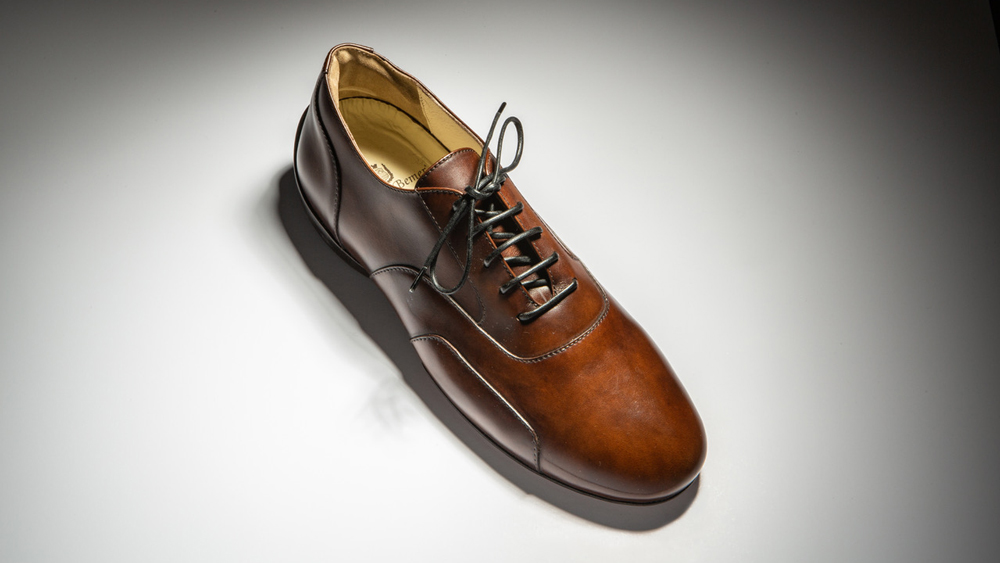 The shoes exude the same level of over-the-top craftsmanship and Florentine flair as the brand’s bespoke dress shoes, but they don’t skip on the technical aspect that make a shoe well-suited for motoring. The shoes are made with a double-layer of material where the leather upper touches the pedal during a heel-toe shifting maneuver, the flexible sole also allows for the wearer to better feel the pedal. Every bespoke pair of driving shoes can be made to match the customer’s sports car, even mirroring the fine stitching details of the vehicle.

The idea to create a line of bespoke driving shoes was born from an interaction with a client of Singer—a company known for their customization of Porsches. Melani had bought an ‘80s air-cooled Porsche and had it restored in California, which led him down the Porsche rabbit hole. He connected with the likes of Rod Emory and Singer, engineers and builders who have carved out names in the Porsche world as tasteful customizers of the classic 911 chassis. 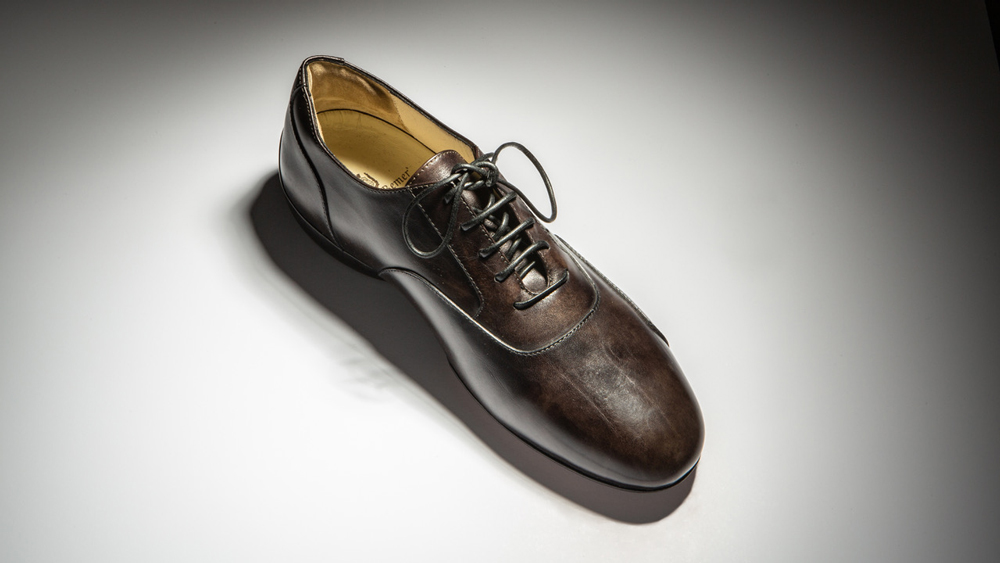 During the development of the shoes, Melani experimented with a multitude of materials, but one particular leather stood out when he was trying to match the interior color of a Singer Porsche 911. Kudu leather, made from the hide of African antelopes, is known for its inherent scratches caused by the animals grazing amongst thorny trees. The leather’s natural flaws were chosen by Melani as a perfect match to his Singer creation ensuring that the shoes look as good on the road as they do at the dinner table.

Since Melani took the reins of lauded bespoke shoemaker Stefano Bemer in 2012 after Mr. Bemer’s unfortunate passing, he has continued in the shoemaker’s tradition of offering ultra-exclusive products for the world’s best-heeled men, like these driving shoes or even a pair of oxfords made from 232-year-old shipwreck leather ($11,000).

Bemer was known as one of the best shoemakers in the world by those in-the-know and had an extraordinary customer base of tasteful gentlemen—including, famously, actor Daniel Day Lewis, who once took a hiatus from his career as one of Hollywood’s leading actor’s to apprentice as a cobbler under Bemer. So devoted are the Stefano Bemer clientele, that many of them own entire collections of the shoes. 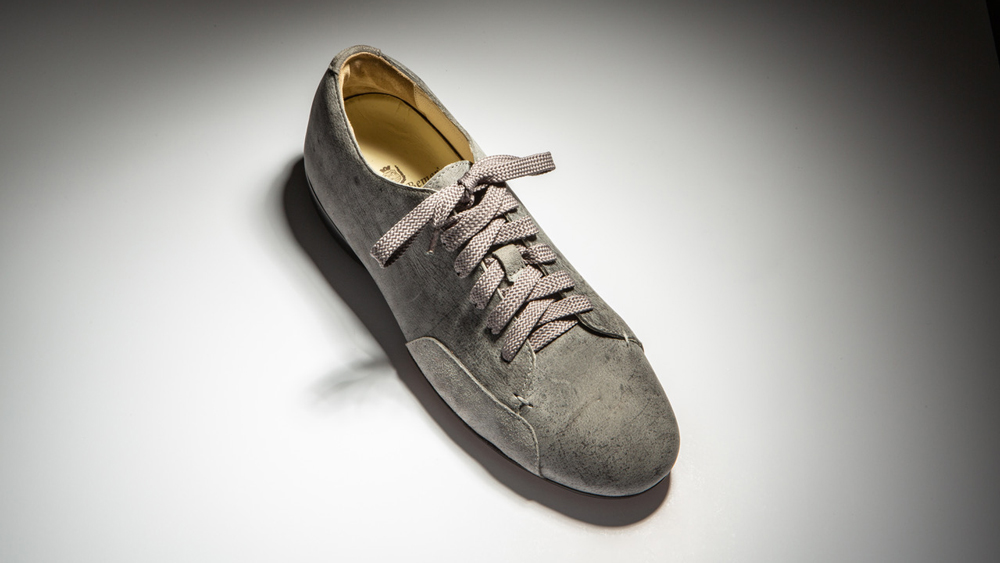 Meanwhile Melani is already working to develop his next pair of driving shoes to match his Platinum 3.2 Carrera, and after that, he might just be working on a pair of new shoes to match your wheels.