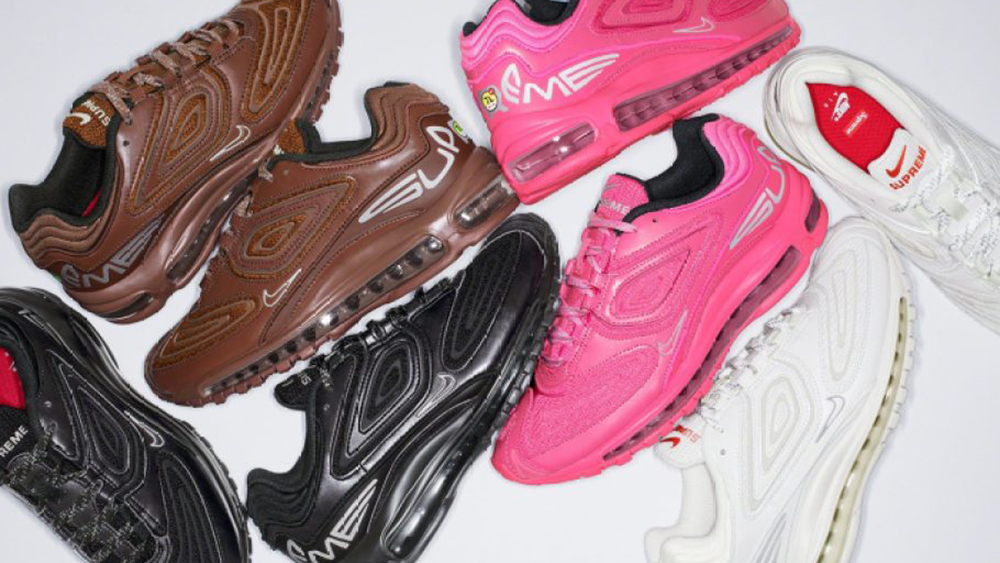 Frequent collaborators Supreme and Nike have joined forces once again. This time, the project is centered around a quartet of Air Max styles dropping soon.

After reworking their SB Blazer Mid collab from 2006 with the release of two new colorways last month, the legendary streetwear label and the sportswear giant have announced on Instagram that its forthcoming Air Max 98 TL collection will hit stores before week’s end.

The Supreme x Nike Air Max 98 TL collabs is constructed of synthetic leather and knit mesh materials on the upper and dons four different tonal color schemes including brown, pink, white and black. The sneaker also features special Supreme branding on the heel counter, mini Swoosh branding at the midfoot, and co-branding on the tongue. Rounding out the design is a Max Air-cushioned midsole and rubber outsole that are dressed in the respective color schemes to give the shoe a tonal look.

The Supreme x Nike Air Max 98 TL collab will be released this Thursday at Supremenewyork.com at 11 a.m. ET and at Supreme stores in New York, Brooklyn, London, Los Angeles, and Paris. Fans will be able to buy the collab in Supreme’s Japan locations on Saturday.