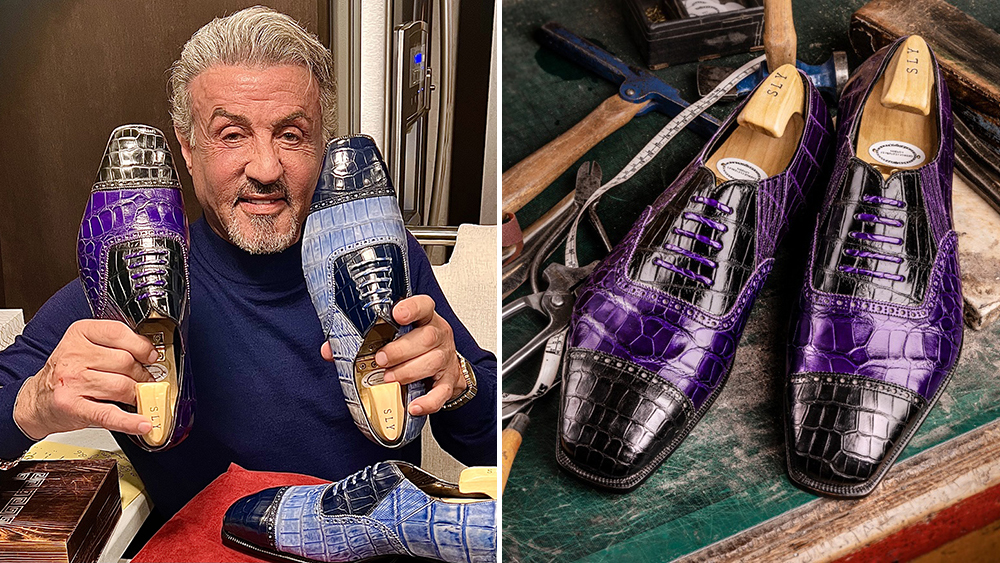 Despite being headquartered roughly 7,500 miles from Los Angeles, George Cleverley has become Hollywood’s go-to shoemaker. Since its founding in 1958, the London-based cobbler has counted numerous silver screen stars as clients, from Gary Cooper and Humphrey Bogart to Mickey Rourke and Chris Pine. And while these leading men often begin commissioning shoes for their off-screen life, many end up tapping Cleverley to shod their on-screen characters—a highly unique occurrence in today’s world of sponsorship deals and product placement.

Actors including Jason Statham, Stanley Tucci and Henry Cavill have enlisted Cleverley shoes for some 60 films. Daniel Day-Lewis even asked George Glasgow Sr., the brand’s chairman, to join the cast of Phantom Thread.(He obliged.) As Clevery’s creative director George Glasgow Jr. points out, the most recent Oscars saw two pairs of the brand’s shoes, on Kenneth Branagh and Paul Thomas-Anderson, going head-to-head for the best director award. The latest to join their ranks is Sylvester Stallone, a longtime Cleverley client—at last count he has somewhere around 100 pairs—who tasked the brand with making shoes with enough swagger for his mafia boss character in Tulsa King, out this month on Paramount+.

“He does have what I would call a ‘colorful edge’ to his taste,” Glasgow Jr. says of Stallone’s personal style, recalling one instance when Rocky descended upon the brand’s London shop in a bright purple shirt—and ordered shoes to match. “He’s a very fun, playful character.”

For his newest role as Dwight “the General” Manfredi, a Brooklyn mobster released from prison and sent to Tulsa to recapture his street cred, Stallone and Glasgow Jr. wanted to make shoes that (unlike most of Cleverley’s wares) make a purposefully loud statement. “[Manfredi’s] in the middle of nowhere and there are so many great scenes where people are looking like, ‘Who the hell is this guy?’ He’s in Savile Row bespoke clothes, stuff that’s not seen anywhere.”

The pair settled on one of Stallone’s favorite models, the Churchill, a slip-on oxford originally created for the former Prime Minister. But rather than the black calf favored by the shoe’s namesake, they turned up the volume on Stallone’s penchant for striking hues and exotic skins, opting for a two-tone spectator—a nod to classic 1940s gangster style—rendered in purple, blue and green alligator. Stallone, like the majority of actors who commission Cleverley shoes for the screen, traveled to the brand’s Mayfair workshop to consult on the design. Mingling with the craftsmen as they carved lasts and buffed hides, Stallone said, “You could make a movie about who these guys have made shoes for.”