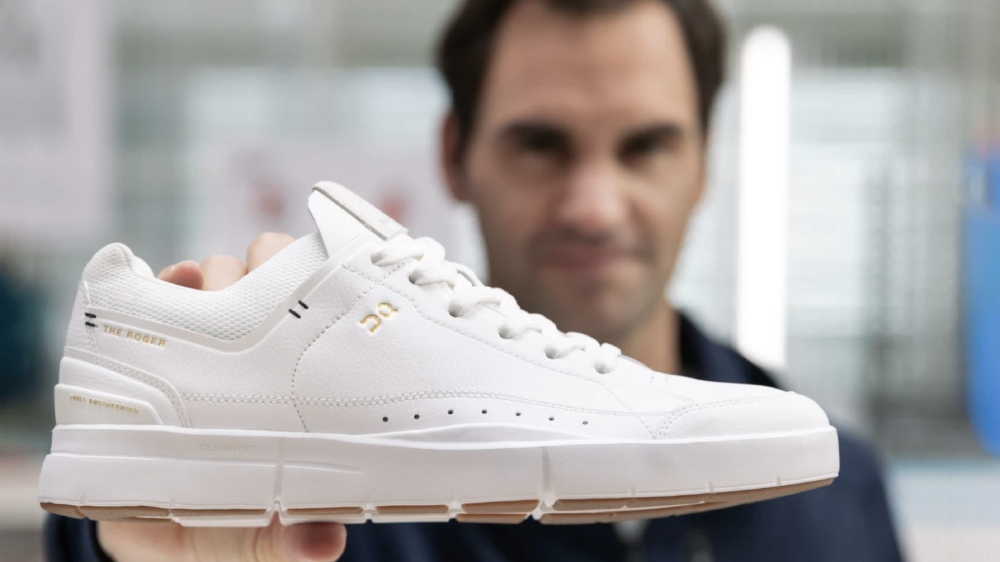 Swiss tennis legend Roger Federer is no stranger to the best athletic footwear the industry has to offer. Though he inked more than a few collaboration deals over the course of his career, he’s never attached his full name to a pair of sneakers––until now.

Created in close collaboration with Zurich-based brand On––Federer became an investor in the company in November of last year––the team announced the launch of the Roger Centre Court 0-Series this week. The limited-edition style was intentionally unveiled to coincide with the anniversary of Federer’s first Wimbledon victory 17 years ago (Federer has won the most Grand Slam titles in men’s tennis history). Unsurprisingly, it takes its aesthetic cues from athletic footwear but doesn’t ignore lifestyle needs off the court.

“I’m tired of wearing uncomfortable shoes for a while now,” Federer told Complex. “Going into lifestyle is something very special for me. I have always enjoyed this silhouette and I wanted to do it the On way. The minimalist design and easy comfort of On’s shoes had me hooked years ago.”

The Roger retains an athletic tennis silhouette but is built for the everyday.  Courtesy of On

The quintessentially Swiss design uses innovative technology to bolster its pragmatism, specifically the label’s CloudTec sole. It embeds this design within additional material to maintain the tennis-like appearance while simultaneously camouflaging the brand’s geometric touches. The proprietary Speedboard is likewise hidden beneath and enhances the shoe’s inherent energy return––talk about a spring in your step––and general agility.

Though the subtle grain of the crisp white upper might suggest they are crafted from cowhide, Federer and the On team went with a vegan variety to complement the faux suede contrasting details. All in all, its tonal look is pared down both aesthetically and technically––On co-founder David Allemann told Vogue that the pair is one-third the weight of most sneakers. “I wanted sleekness,” Federer told Complex. “I grew up in the ’90s where there was always very bold and big logos, and we hid them away and made it more secret and almost like you will not see the logo.”

But if you’re hoping to snag these kicks in some more colorful iterations, don’t worry, the brand has those in the works. For now, On is looking forward to releasing its 1,000, individually numbered pairs. Starting from July 6th and ending July 8th, fans can enter a raffle to claim a pair of their own.