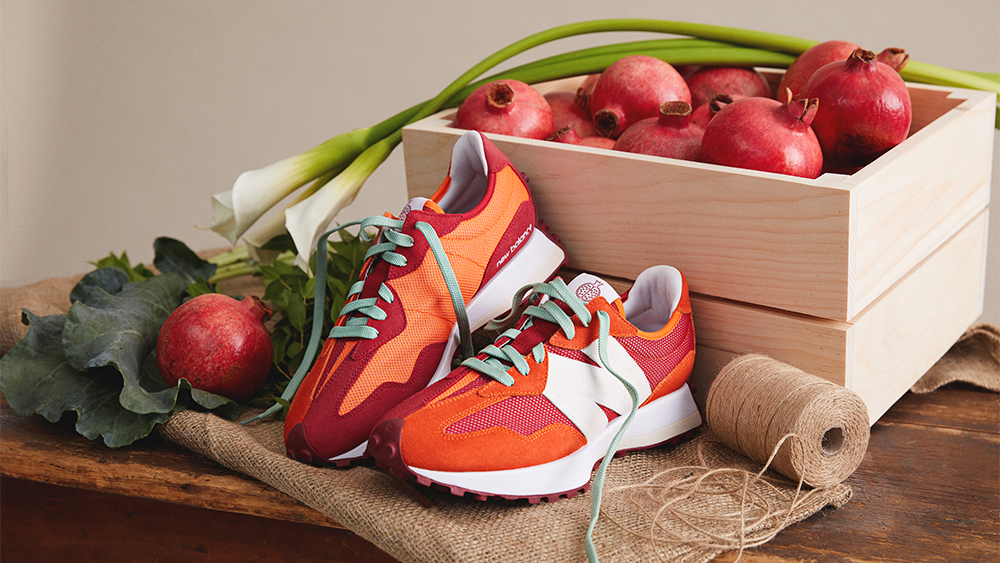 Todd Snyder is no stranger to collaboration. The designer has joined forces with a stable of brands ranging from L.L. Bean to Rubinacci and even Legent whiskey. All of have yielded wares with Snyder’s neo-traditional touch, but his latest team-up with New Balance hits particularly close to home—specifically, his local farmers market.

“A farmers market gives you the chance to really get to know the people behind the product, which is something I really missed during lockdown,” Snyder said in an interview—adding that “of course, the food’s not bad either.” While pandemic-related closures meant he couldn’t offer support by picking up a bunch of breakfast radishes and a loaf of sourdough, Snyder decided to celebrate his local foodstuff purveyors by doing what he does best: designing. Moreover, the brand is also donating $10,000 to GrowNYC, an organization that works with greenmarkets to provide all New Yorkers with access to fresh, local food.

While Snyder has loaned his stylings to several New Balance models in the past, this is his first take on the white-hot NB327. “I love that it’s a sort of mash-up of a few running shoes—the 320, 355 and Supercomp—and really feel like it started having a moment in 2020,” he says, referencing three of New Balance’s most beloved 1970s runners. After seeing a few European labels give the shoe a fashion upgrade, Snyder “thought it was time to shine in the US.”

He’s given the sleek sneaker a dose of Americana via color-blocked suede-and-mesh uppers that recall Fun Shirts, a style favored by mid-century preps, in eye-catching combos deemed “wheat,” “pineapple” and “pomegranate.” And it’s not just footwear for foodies: The sneakers are complemented by a new outerwear model, the Market jacket, which Snyder describes as a cross between a chore coat and a blazer—aka an ideal layering piece for easing back into your work wardrobe. Crafted from lightweight seersucker in sun-faded shades of blue, green and red, it’s equally well-suited to weekend strolls around—where else?—your own local farmers market.