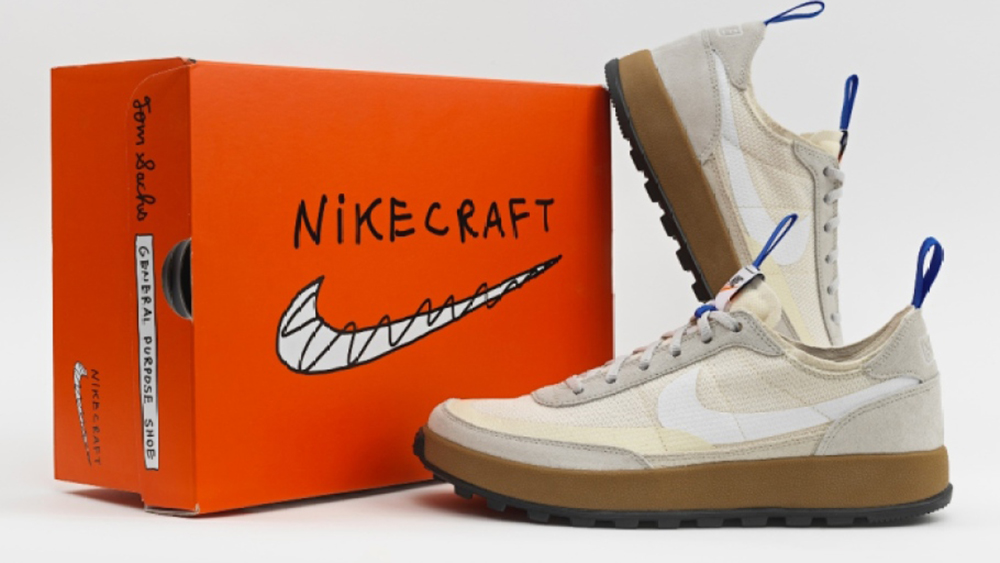 Tom Sachs has teased that he has more iterations of his popular Nike General Purpose Shoe collab dropping soon and now, we possibly have a first look at one of the forthcoming styles.

Sneaker leak social media account @Kicksdong shared images on Instagram yesterday of the artist’s beloved sneaker collab in a new brown colorway. At the time of writing, the release of the shoe wasn’t shared by the account.

The unreleased Tom Sachs x Nike General Purpose Shoe collab dons a predominantly brown color scheme, with a darker brown hue dressing the Swoosh branding on the shoes and shoelaces. Breaking up the mostly brown look are black pull tabs on the tongue and heel tab. The shoe also features a dark brown midsole while a black rubber outsole completed the look.

The Tom Sachs x Nike General Purpose Shoe made its retail debut in June in a simple gray-based color scheme and within minutes, sizes of the shoe sold out. Shortly after the launch, Sachs confirmed on social media that more colorways of the project are hitting stores before year’s end.

“If the Mars Yard—Nike and Tom Sachs’ introduction to the NikeCraft concept—was designed for space-going scientists, its kin, the NikeCraft General Purpose Shoe (GPS), finds its footing in the everyday. Both, of course, build on the base idea of sneaker as daily tool and are created with the same unwavering attention to detail,” Nike wrote about Sach’s General Purpose Shoe.

Although images of the unreleased Tom Sachs x Nike General Purpose Shoe were shared by @kicksdong on Instagram, release details for the style have not yet been confirmed by either of the parties involved.