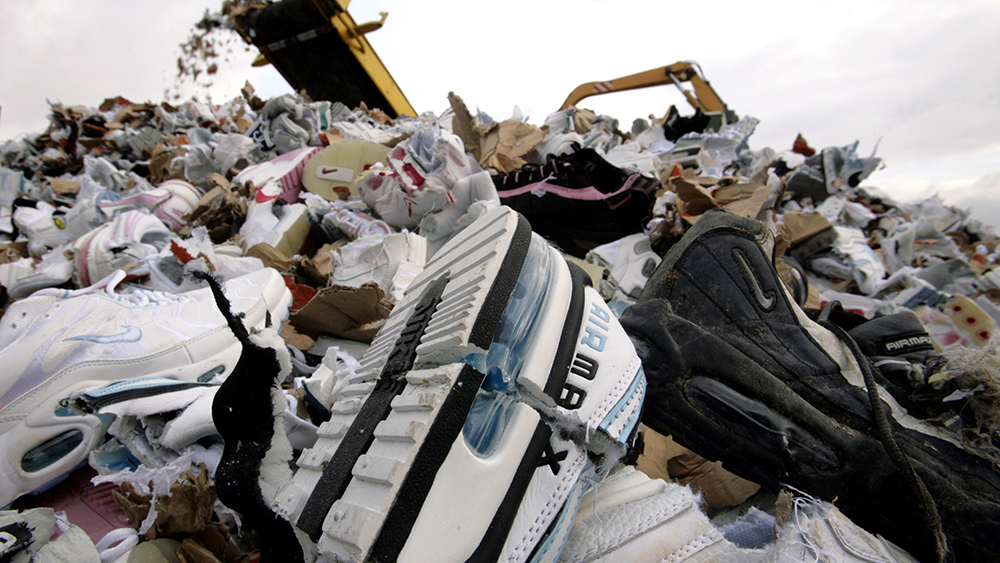 Counterfeit goods are one of fashion’s biggest problems and despite the emergence of fast fashion retailers who are handy at knocking off designs from brands, it isn’t one that’s going away. A culture of It items, something promoted by the bite-sized imagery rampant on social media, has only exacerbated the problem and it might even be bigger than previously thought considering a newly disclosed report.

According to an unsealed record from Homeland Security, the department led an investigation in 2019 that confiscated a hoard of counterfeit Nike and Louis Vuitton sneakers estimated to be worth a shocking $472 million.

The savvy offenders utilized a sophisticated network that relied on false email addresses, invented company names, burner phones and mock paperwork to get around U.S. customs. The large storage containers shipped were listed as carrying everyday items like homewares when in reality the 40-foot vessels were housing fake sneakers. All skipped the destination listed on their official manifest and instead scattered between Brooklyn, Queens and Long Island before being splintered into smaller batches ready for sale.

Homeland Security was able to link 129 shipping containers to the one organization, making this particular bust larger than normal. The same organization has been on the department’s radar since 2012 but there were no major breaks in the case until they came upon a tip late in 2018. The tip came in the form of a phone number that ended up belonging to the group’s ringleader, a Chinese national named Qingfu Zeng. Investigators closely monitored his communications, which led them to seize a shipment before arresting Zeng on December 27th.

The valuation of the collective shipments is indeed huge, but it is not the only disturbing factor to consider. Investigation after investigation has revealed that even ‘reputable’ name brands often employ something akin to slave labor somewhere along their manufacturing chain—whether they know it or not. The conditions under which counterfeits are made have even less oversight. We can’t help but wonder what the cost of those shipments was when not measured in dollars.