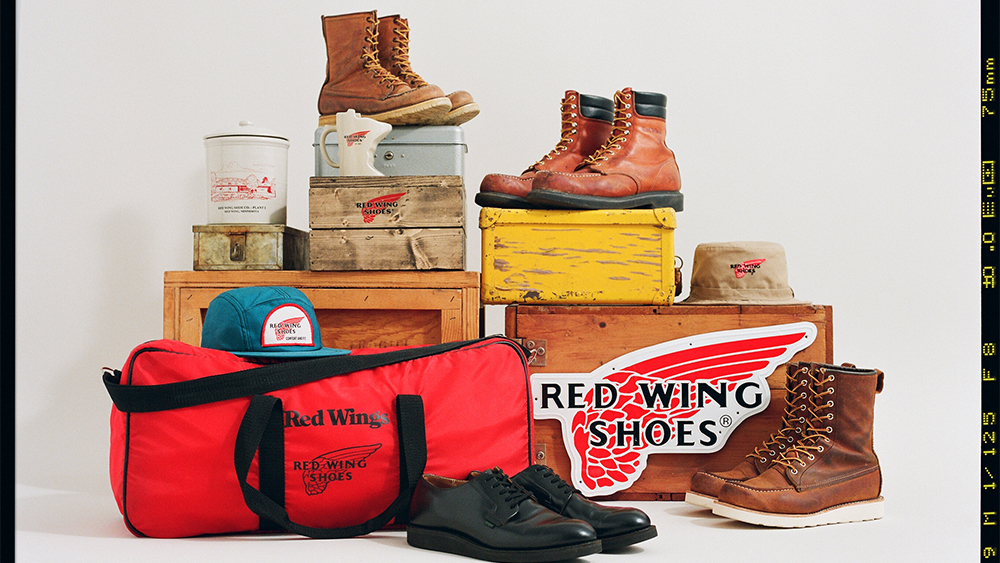 Vintage and pre-owned clothing has become a hot commodity in 2022, so much so that brands are starting to sell their own pre-loved wares. But whereas labels like Brooks Brothers and J. Press partnered with established vintage sellers to bring their own past merchandise to market, the 117-year-old work boot manufacturer Red Wing looked within to launch its new collection of upcycled boots and memorabilia.

Called “Same Old,” the limited-edition offering of over 40 men’s and women’s boots, in addition to Red-Wing branded miscellany from across the decades, is available via a dedicated website launching on September 20. The one-of-a-kind refurbished pieces vary greatly in age and price, from WWII-era Skytroopers for $800 to a pair of $180 Weekender Chelseas manufactured in 2019.

And while the collection is chock-full of iconic makes like the Work Chukka and Iron Ranger, connoisseurs will spot discontinued models like a 1950s Irish Setter boot or limited edition one-offs like the 2015 Huntsman. The memorabilia selection, meanwhile, affords collectors the chance to own everything from a Red Wing neon clock to branded overalls.

“People care about longevity, they care about durability and they care about things that last,” says Red Wing’s director of marketing Jamie Kvamme. “Our products inherently last for a long time, and they last with care.”

To that point, every shoe in the collection has been cleaned and conditioned by the company, and many have been outfitted with new soles and laces. According to Kvamme, the footwear was sourced in three ways: from employees who donated Red Wings that were underutilized or in need of repair; from “friends of the brand” who helped them procure vintage Red Wings; and from the company’s own basement.

“They might have been old samples or worn for a photo shot and they were just sitting there, needing a little repair,” Kvamme says of this last category.

Physical merchandise wasn’t the only thing Red Wing upcycled for the collection. All of the creative used on the “Same Old” website was pulled from the company’s physical archives, giving modern consumers the chance to view vintage Red Wing advertisements and television spots from the ‘60s through the ‘90s.

“We didn’t make anything new” Kvamme says. “We just took what we had to bring the campaign to life.”

Thanks to the initiative, a few more pairs of Red Wings will be sitting appreciated in their new owner’s closets, and not consigned to a landfill. As Kvamme says, “It’s taking something that might have been in someone’s closet and giving it a second lease on life.”