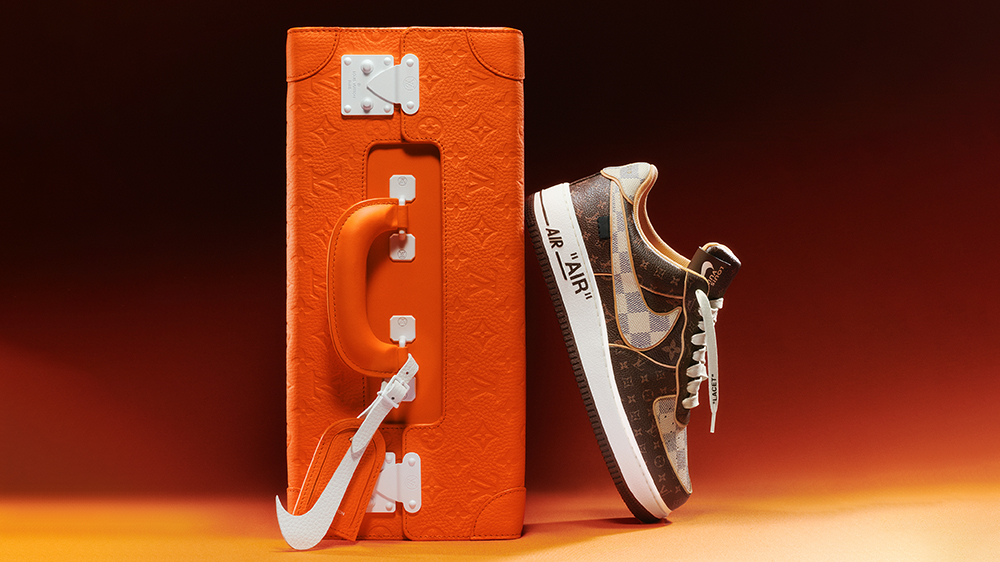 Last July, Virgil Abloh, the late artistic director of menswear for Louis Vuitton, launched the “Post-Modern” Scholarship Fund. The incentive—created to foster equity and inclusion in the fashion industry—provides Black students, African-American students or students of African descent with college scholarships and more. The designer was organizing a charity auction that supported the cause and it’s going ahead soon.

Louis Vuitton announced it’s collaborating with Sotheby’s to auction 200 special-edition pairs of Louis Vuitton and Nike “Air Force 1” sneakers by the designer from January 26 to February 8. Made of calf leather, the kicks were originally created for the brand’s spring 2022 men’s collection. They come embellished with the maison’s signature monogram and Damier patterns, alongside natural cowhide piping. You’ll be able to purchase the sneakers with brown uppers, mostly white soles, and beige-and-gray detailing in sizes from 5 to a monster 18.

Adding to their collectors’ value, each pair will come with an eye-catching pilot case. It was designed for Louis Vuitton’s spring 2022 collection in a vibrant orange colorway as a reimagined take on one of the fashion house’s archival styles. Fans of the label will note that the monogrammed accessory is crafted from Louis Vuitton’s trademark Taurillion leather. With Louis Vuitton’s classic S lock closure in white metal finishing and a luggage tag in the shape of the Nike swoosh, the case is designed to fit every shoe size based on its internal cushion system.

The Maison’s spring 2022 collection was presented in June of last year, where 47 collaborative pairs of Louis Vuitton and Nike “Air Force 1” sneakers designed by Abloh were unveiled. Chosen from that line-up, the sneaker headed to auction includes the Chicago-native’s signature quotation marks—carried over to the French label from his Off-White brand—around words on its soles and laces. It also fuses Nike’s classic trainer codes with the fashion house’s insignia and materials in homage to the hip-hop culture that helped shape the designer.

The Virgil Abloh “Post-Modern” Scholarship Fund was created in partnership with the Fashion Scholarship Fund (FSF). A $1 million donation was used to launch the incentive by Abloh and partners Evian, Farfetch, Louis Vuitton, New Guards Group and Nike. Recipients not only receive funds but ongoing career-support services and mentoring through the FSF, according to the house. The scholars are selected each year from the FSF’s network of over 66 colleges and universities across the U.S., including HBCUs, through the annual FSF Scholarship Competition.

The back of the sneaker and a closer look at the case’s white metal finishings.  Sotheby's

From January 19, select individuals who inspired Abloh and the collaboration will be receiving pairs of the sneaker in unique colorways that will not reach auction. In a statement, Louis Vuitton explains, “Virgil Abloh celebrated the cultures and communities that shaped his upbringing and vision. He regarded the original Nike Air Force 1 as an emblem of this community, and the recipients of the Louis Vuitton and Nike ‘Air Force 1’ by Virgil Abloh seeding reflect this authentically.”

The public will be able to view the sneakers in an exhibition at Sotheby’s New York from the same date for free, until February 8. Visit the auctioneer’s website for more information.

The 15 Greatest Air Jordan Sneakers of All Time

Why Shell Cordovan Leather Is So Special, Rare and Expensive—and Where to Get the Best