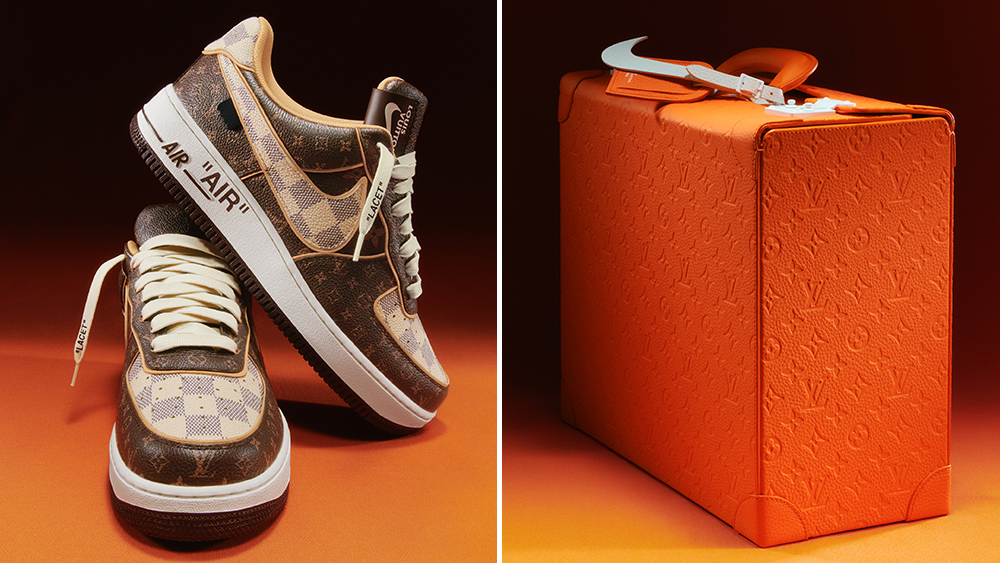 The hotly anticipated sale of Louis Vuitton and Nike’s “Air Force 1” sneakers brought in a record-setting amount of money—and it’s all heading to a great cause.

All 200 pairs of the limited-edition collaboration, designed by Virgil Abloh, Louis Vuitton’s late artistic director of menswear, were offered for sale in a two-week auction at Sotheby’s that raised a whopping grand total of $25.3 million. The total is more than eight times higher than Sotheby’s original high estimate of $3 million, and the sale has set the highest-known public record for sneaker and fashion auctions, according to Sotheby’s.

Most of the sneakers, which feature the Maison’s signature Damier canvas, sold for more than $100,000. Some pairs in limited sizes and quantities sold for even more. The highest-selling lot, which featured the only men’s size five, sold for jaw-dropping $352,800, according to Sotheby’s. That’s 23 times more than it was estimated to fetch. Even the cheapest pair—a men’s size 6.5—still grabbed $75,600, which blew past Sotheby’s $15,000 high estimate.

A runway version of the sneakers from Abloh’s spring 2022 menswear collection for Louis Vuitton.  Louis Vuitton

The pairs that made it to auction feature brown uppers, white outsoles and a Nike Swoosh rendered in a contrasting beige-and-gray version of the Damier canvas. Buyers also received an exclusive orange pilot case, crafted from the brand’s Taurillion leather, that looks like a Nike shoebox on steroids.

Abloh had originally created the sneakers for Louis Vuitton’s spring 2022 menswear collection, shown in June 2021, with the intention of auctioning off the first 200 pairs this month. Other collaborations between the two brands are expected to be released at retail sometime in the future. Sadly the designer wouldn’t live to see the auction; Abloh died from a rare form of cancer in November.

That makes the result all the more significant. One hundred percent of the proceeds from the auction will be donated to The Virgil Abloh “Post-Modern” Scholarship Fund, an initiative Abloh created to help Black students, African-American students or students of African descent secure scholarships to study fashion.