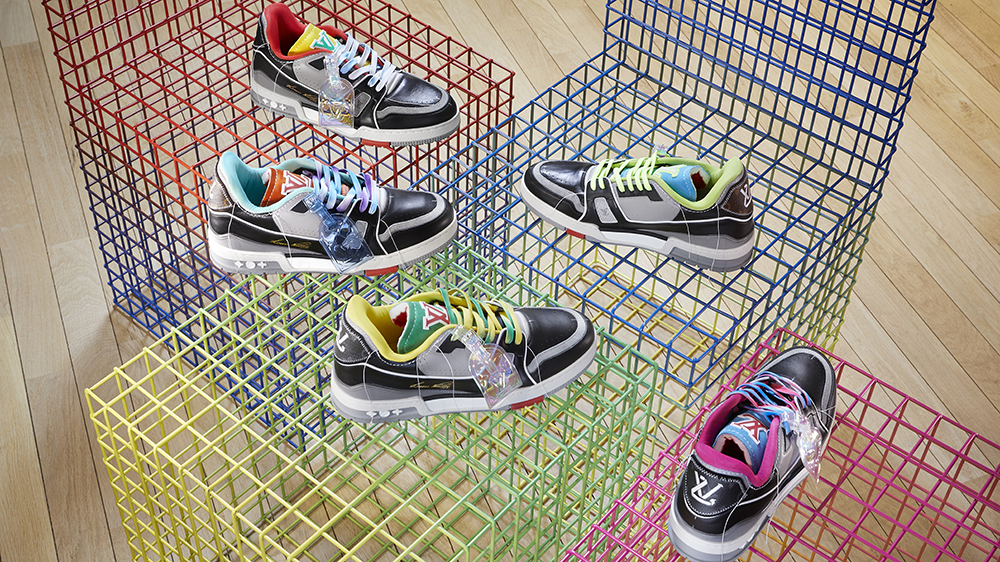 Few names in fashion make sneakerheads perk up more than Virgil Abloh. And now one of Louis Vuitton’s chief menswear designer’s most important shoes is about to go back on sale for a limited time. You’ll just have to find a way to Paris to get your hands on a pair.

From Friday, January 8, through the end of the month, the LV Trainer introduced in the Abloh’s very first collection for the fashion house will be reissued at its temporary Parisian pop-up on on Rue du Pont Neuf. But these aren’t replicas of the sneakers that debuted as part of the spring 2019 collection, but they are made from upcycled material from past LV trainers.

The shoes will be made available as part of “Louis Vuitton: Walk in the Park,” a series of physical and virtual experiences meant to celebrate Abloh’s work for the brand in the lead up to the debut of his spring/summer 2021 collection. Along with the LV Trainers, other sneakers, jewelry and sunglasses from the designer will be available at the temporary retail space, according to the fashion house. But the highlight item Abloh’s first shoe from the brand.

The pop-up will feature a “Hall of Fame” dedicated to the rarest and most exclusive iteration of the sneaker to appear in the three years since their debut. But most interesting to collectors will be the exclusive run of LV Trainers available to purchase. They will be available in five colorways, and will include an exclusive Paris version that will be limited to 95 pairs. No pricing info was announced, but the shoe usually sells for between $1,090 and $1,200.

The news comes just weeks after Louis Vuitton unveiled Abloh’s latest sneaker, the A View skate shoe. Conceived of during a conversation with professional skater Lucien Clarke, the sneaker has a design inspired by ’90s skate fashion and will be available in three colorways: black and orange, white and orange and blue.