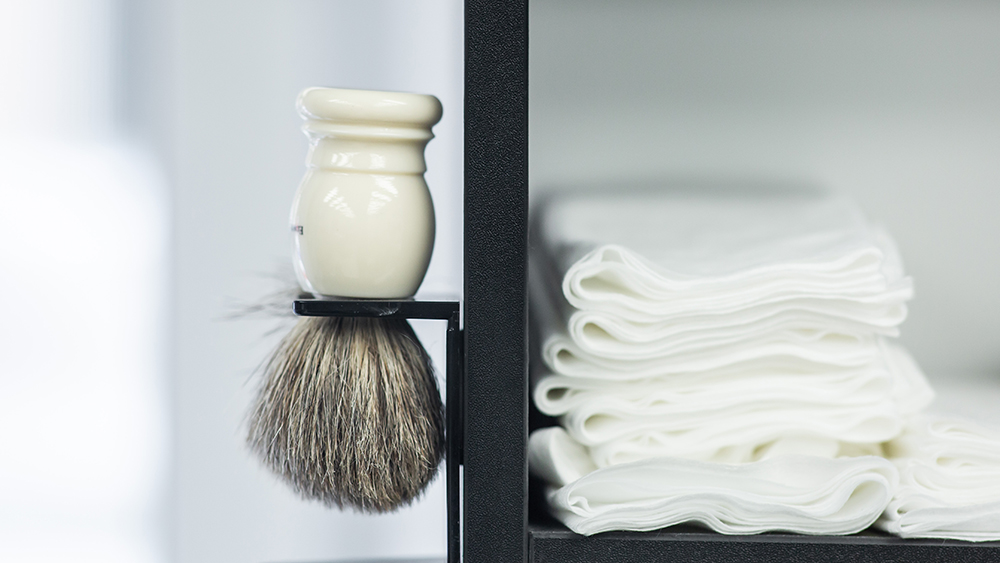 Full Grizzly Adams beards, patiently manicured stubble and all levels of facial hair in between can look great on the right guys, and they can even be trendy. But the most classically stylish amount of scruff to have is none at all. Which is why so many of the best-dressed guys in the world have a tendency to keep their faces bare—and why there’s a veritable sea of products designed to assist with the routine act of maintenance we call shaving.

The list of products below, from grooming stalwarts like Acqua di Parma and Lab Series to newer firms like One Blade and Maapilim, can help any guy get a close, comfortable shave.

Acqua di Parma’s Colonia is a timeless fragrance that’s been making guys smell great since 1969. But it was only relatively recently that the Italian brand introduced a full shaving regimen. It’s especially useful for guys who don’t want to go searching high and low for a bunch of different solutions to common shaving needs. There’s a pumice gel scrub for lifting your hair away from your face, a great pre-shave oil and a lovely shaving cream that work really nicely together. What’s even better is that you can find all of these products at your local Saks or Bloomingdale’s—and because they’re not sold as a set, you can either buy them all or get to know each of these products one at a time.

If imitation is the highest form of flattery, Clarisonc’s product engineers must feel very flattered indeed. While every other grooming brand has released some variant of its original facial brush, Clarisonic has continued to innovate and improve on its first draft. Its latest release, the Clarisonic Mia Men, is designed for guys who shave. It’s programmed with a one-minute timer: 40 seconds of gentle cleansing for the whole face followed by 20 seconds at a higher frequency, meant for you to focus on your beard. The cycle lifts the hair away from the skin, allowing for a closer and more comfortable shave.

The Art of Shaving

The Art of Shaving lives up to its name: It turns the quotidian task of taking hair off your face from a chore into an aesthetically pleasing experience. There’s no better proof of that than its latest release, a rich shaving cream scented with olibanum—a resin you may know by the name frankincense—and black pepper. The combination is remarkably soothing and almost makes you forget you’re dragging a blade across your face.

If you’d prefer a solid shaving soap, reach for this option from Claus Porto, a Portuguese company that’s been a staple in that country since its founding in the 1930s. We like that it generates a rich later with a little agitation from a good shaving brush, and we also like that its generous size can last a good while longer than anything packaged in a can, tube or jar. (And when you do run out, Mr Porter offers refills for $22 apiece.)

Origins has long made a commitment to using natural ingredients that won’t harm your skin—which is important for the products you use all over your body, but especially so for the ones you put on your face. This pre-shave oil smells like eucalyptus, sandalwood and peppermint because, well, those are the oils that are in it, alongside a dose of jojoba to help your razor slip over your skin with ease.

Baxter of California makes a lot of truly stellar products, but one of its standouts is a German-made silver badger hair brush. Its spherical shape produces a lot of lather, and in our experience, it’s one of a small handful of brushes that rarely shed. Which means that it’s something you might keep using for years on end.

The Single-Blade Razor: The One Blade

Single-blade razors are a dime a dozen, but The One Blade stands out because it features a single blade with a single edge. While that does mean you have to rinse it out more often than you would a double-edged variant, it also allows for a great design element: a pivot. As it moves across your face and neck, a hinge in the handle makes sure it conforms to the unique contours of those areas. In our experience, that means suffering far fewer cuts than you get with traditional razors.

Still, if you prefer a double edge safety razor, Maapilim’s rose-gold tinted version is hard to beat, and that’s not just because of its good looks. Despite the brand’s description of it as lightweight, we’ve found that the heft in the handle is well balanced and a little heavier than some other razors we’ve tried. Ultimately, that results in a closer shave in fewer passes.

Most guys can get by without an aftershave, no shortage of which are fragrance conduits masquerading as moisturizers. But if you find yourself suffering from razor burn at the end of your shave, there are few products better at calming the irritation than this lotion from Lab Series. That’s thanks to aloe and caffeine, two powerful anti-inflammatory ingredients, which feature prominently in this product’s formulation.

Robb Recommends: This Laser Cap Was Designed to Help Regrow Your Hair. Here’s Why I Use It Every Day.