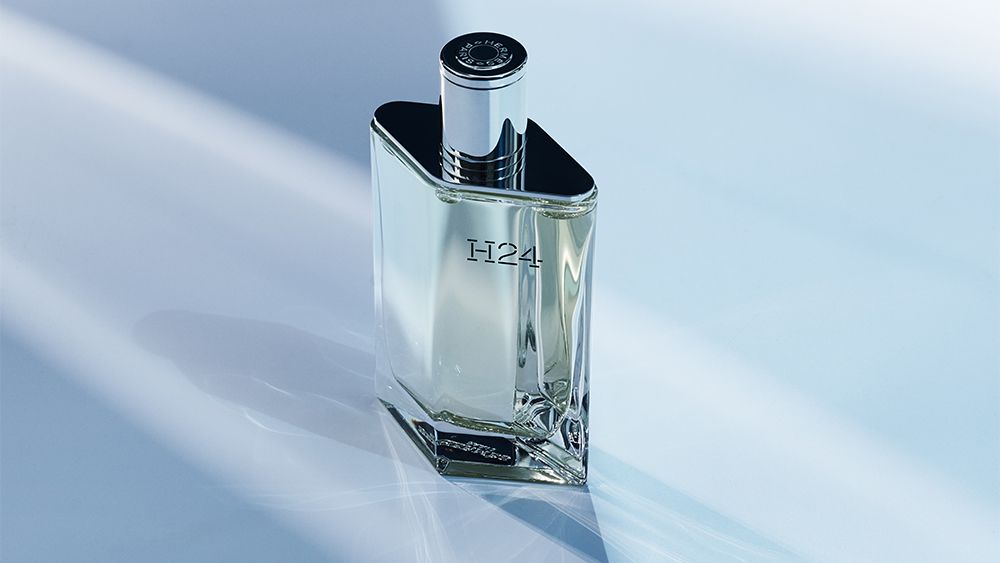 Welcome to Robb Recommends, a regular series in which our editors endorse something they’ve tried and loved—and think will change your life for the better. If you purchase one of these independently reviewed products or services through a link on our website, we may receive an affiliate commission.

The definition of masculinity has grown more in the last few years than it had in all of the previous century. But, despite priding itself on nuance, the fragrance industry still mostly renders guys as one-note. We’re either dark and brooding—Steve McQueen in a cloud of woods and leather—or slick and clean—Gordon Gekko doused with citrus and vetiver. This void was the starting point for H24, the new men’s fragrance from Hermès—its first in 15 years.

Last time the French maison turned its nose to the fellas, the result was Terre d’Hermès. Continually popular (for good reason), Terre d’Hermès subscribes to the old school: cedar and grapefruit. The brand’s website describes it as “the alchemical power of the elements…strength and poetry.” Chill, dude.

This time around, they took a less blustering approach. “I had to open up other, less predictable paths, to move away from the conventional woodiness of men’s scents,” says Christine Nagel, Hermès’ in-house perfumer and the architect of H24.

Nagel’s primary inspiration came from the brand’s menswear, translating that quiet poise into scent. What does that smell like? Just like most men, H24 has numerous layers. It starts off bracing and crisp with herbaceous clary sage and settles down into a second-skin softness, thanks to Peruvian rosewood essence (which, it’s worth noting, doesn’t actually smell woody so much as green and slightly spicy) and a man-made molecule called sclarene, said to mimic the scent of hot irons on textiles.

While I can’t say that I picked up on the iron aroma (probably a good thing…who wants to smell tinny?), I did enjoy the fragrance’s lingering warmth. Its scent is undoubtedly masculine without falling back on aftershave clichés. This is a lighter, more sensual take on the traditional trappings of masculinity. Wearing it at home, it evoked the elegance of a pinstriped suit even when I was loafing in a sweater and jeans. Any scent that can make you feel more polished is a home run in my book.

In a further nod to modern values, the sleek glass bottle is refillable to cut down on waste and the packaging is made from 100 percent recycled materials. Conscientious and gracefully composed, H24 is a good man, indeed.