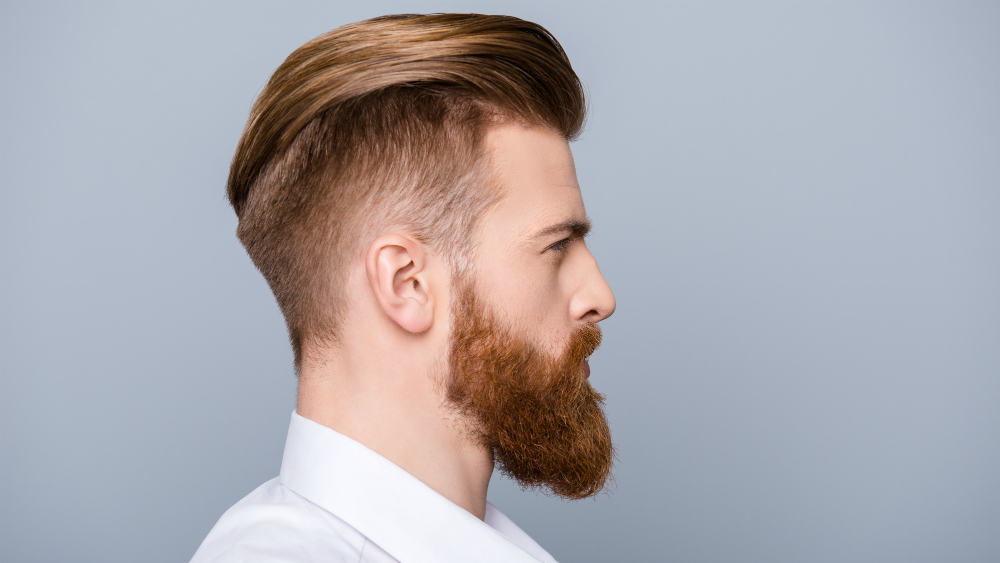 An old adage says that if you lie down with dogs, you’ll wake up with fleas. But this week a researcher in Switzerland found that the maxim could easily go in the other direction.

Dr. Andreas Gutzeit of Switzerland’s Hirslanden Clinic (it’s real, we checked) and a team of researchers swabbed the beards of 18 men (aged 18 to 76) and the necks of 30 dogs (from a variety of breeds) in a recent study, according to the Daily Mail. After analyzing the results, they found that all of the beards they checked had higher microbial counts than the dogs’ fur. Seven of the men in the study were harboring microbes generally recognized as a threat to human health. As for the dogs, 23 of the 30 four-legged friends swabbed also had high microbial counts, and the rest were rated as moderate.

Despite the fact that the study surveyed a smaller number of men than animals and could have easily missed the mark for a truly representative sample set, the news still generated headlines on both sides of the Atlantic. It made us wonder whether keeping a beard clean was really that much of a challenge, and why this perception about beards being dirty exists in the first place.

“I think it’s cause there’s just a lot of bad-looking beards around,” said Michael Haar, a barber who grew a beard of his own 13 years ago, and later trimmed it down to the mustache he sports today. Should you want to see it in person, you can find Haar most days at his barbershop Haar & Co. in New York City’s West Village. “Just because you can grow a beard doesn’t mean you should grow a beard. All facial hair should really be viewed in that way: Does this bring out better attributes? Does this make me feel better?”

Oh, hi 👋🏼 We’re that little jewel of a Barbershop you’ve seen on the same block as @thestonewallinn in NYC. 💈#littleshopofhaars

This goes doubly for guys who grow beards because they think it’s easier than regularly lathering up and shaving. “Having a beard is actually more work than just shaving every day,” Haar says. “You have to trim it. You have to clean it. You have to take care of it. All of these other things go into it.”

There’s no doubting Haar’s beard bona fides, so we asked him for his expert secrets to whisker cleanliness. For a full accounting of what goes into a proper beard routine, read on.

In the same way that you wouldn’t necessarily wash your hair every day, you probably shouldn’t wash your beard every day either. Wash it when you feel it’s needed—and when it’s needed, you should dilute the shampoo you use.

“In general, guys are using way too much shampoo. They’re not going to write that on the bottle because they want you to use their products. But shampoo is pretty concentrated, so really a small amount goes a long way.”

You could use a shampoo specifically formulated for beards, but the most important thing is the technique. Haar recommends “working it in with the pads of your fingers—not using your nails to irritate the face.”

Get the Right Comb—or Brush

Just like the hair on the top of your head, running a comb through your beard between trimmings can go a long way toward keeping it free of debris—and looking its best. Haar recommends “a small, fine-toothed comb” for most guys, but adds that “If you have a thicker, heavy beard, you’re going to want more of a wide-spaced comb. And if it’s a shorter beard, under half an inch, you’re going to want a beard brush” which you can also find under the name military brush. The point is to find “something that’s going to push all the hair in the same direction,” Haar says.

At some point during the beard renaissance, every marketing company with a men’s grooming client decided that all guys with beards should use beard oil—and that’s, well, not exactly true. “The main difference for me is that beard balms would be best used for shorter beards. They’ll moisturize the facial hair and the skin itself.” Haar says. “The beard oil would be for longer beards that are more prone to drying out. So these will re-hydrate it.”

Still, he finds himself recommending balm to more of his clients, and stocks Proraso’s Refreshing beard balm as a result.

“I just find it more versatile,” he says. “If guys are fluctuating with the length of the beard itself, it’s kind of a no-brainer.”

Who wants to be our eyeglasses sponsor? #haarandco 👁👁

This really has nothing to do with cleanliness, but good advice is good advice. “I always tell people, don’t treat the beard like it’s your newborn child,” Haar says. “[Some guys’ egos just go] into the sky when they have a beard for some reason. And I’m always telling them, play it down. Play it cool. Ease up. It’s just a beard. Don’t go crazy. You’re still the same dude. Don’t all of a sudden have a different strut just because you have facial hair. I’d say that a modest beard wearer is better than an egotistical beard wearer.”