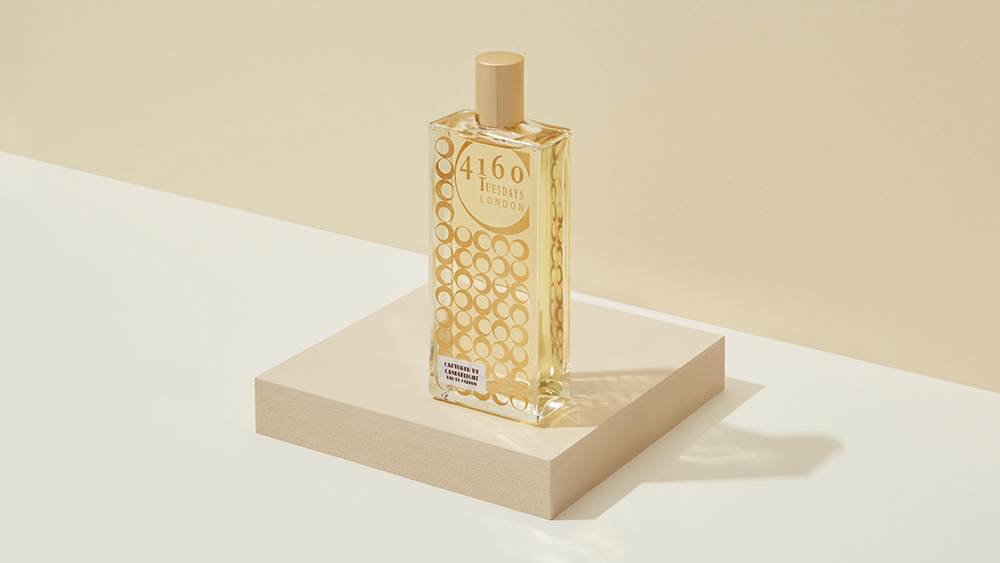 As with whiskey or coffee, niche perfumes appeal because they are nuanced and distinctive. Not needing to please everyone, they can cater to a small crowd of enthusiasts. And operating at a small scale, they can more easily take creative and commercial risks. But, by the same token, their lack of marketing muscle can make them hard to discover. We’ve found London has a flourishing of new indie perfumers of all sensibilities and backgrounds.

Sarah McCartney, a Londoner at the helm of 4160 Tuesdays, was previously head writer at British cosmetics powerhouse Lush. “I left to write a novel about a perfumer,” McCartney tells Robb Report, “but the novel turned into real life and I started making the fragrances I had described in the book.” Her scents are composed as portraits of places and occasions: Ealing Green is a crisp green floral named for the west London suburb where McCartney met her husband; Maxed Out is a boozy mix of rum, tobacco, cannabis, coffee and a hint of hot sweat, modelled on a New York night out and not for the faint of pulse. “I can make something outrageous and, if only a small group of people love it, I just never make a bigger batch,” McCartney says. “As we do everything by hand here our costs are higher, but nothing is ever wasted. We bottle them to order.”

East London’s Gallivant was launched in 2017 by Nick Steward, former creative director at L’Artisan Parfumeur. Steward sees both brands as gateways from mass market names into the indie world. Coming back home always made sense: “I was keen to show that perfume making isn’t limited to Grasse or Paris,” he explains. The brand’s scents are named for cities, from Amsterdam, which combines a note of the city’s tulips and rain with a warmer base of woods and spice, to Bukhara in Uzbekistan, a homage to the ancient silk road centered on orris root. But the first fragrance was London, a lively combination of roses and green leaves, suede and cedarwood, inspired, Steward says, by the Pet Shop Boys song “West End Girls.”

London’s international reach is important for Kershen Teo, a Singaporean creative who settled in the city after coming to study in his twenties. His brand, Prosody London, began as a candle maker but quickly specialized in organic and natural scents now championed by historic department store Fortnum & Mason. Lantern Reed, one of Prosody’s signatures, is a portrait of warm evenings: citrus, warm woods, and myrrh that Teo calls a “cocoon of happiness and wellbeing.”

Another maker who came to study and stayed to create is Swede Maya Njie, whose eponymous brand offers complex and nostalgia-tinged scents. Njie says an “old family photo album from the 1970’s was my starting point for the creation of my scents” like the crisp floral Les Fleurs and the sweeter, darker Tobak.

Outside of the city, David and Julia Bridger run Parterre at Keyneston Mill, where they also grow perfume ingredients. The couple came to fragrance from marketing and design backgrounds, but David mentions his family’s history in farming and Julia’s in craft. All of these influences came together in Parterre.

“The actual ingredients themselves are absolutely fascinating,” Julia says. “Each individual ingredient has its own history.” Their ambitious project to grow vetiver, the citrusy grass commonly cultivated in Java and Haiti, was the first attempt in the United Kingdom. The result, Root of All Goodness, combines sparkling citrus with warm vetiver to make an exceptional summery scent that’s rich enough to wear year-round. The Hour of Dusk and Gold, a deeper, darker scent, is based around their cultivation of wild Persian carrot. The challenge is the lead times; for instance, it takes three years of growing and another three of processing to make orris root. The Bridgers are currently planting rare citrus trees, but the first fruits will take years to appear.

A champion for many niche London players in recent years has been Hoohaa, a British subscription service that samples indie fragrances each month at three levels of “adventurousness.” It’s a clever solution to the niche problem: the scents they offer are too rare to sample in stores and often too unusual to risk buying blind. The aim, founders Lorenzo Vasini and Ryan Hall tell us, is “to promote niche fragrance to a wider audience, allowing people to discover new scents and build a fragrance wardrobe.” It’s currently limited to the UK, but global subscriptions are promised soon. Certainly, it’s one of the most fun ways to explore the expanding universe of small-batch scents.