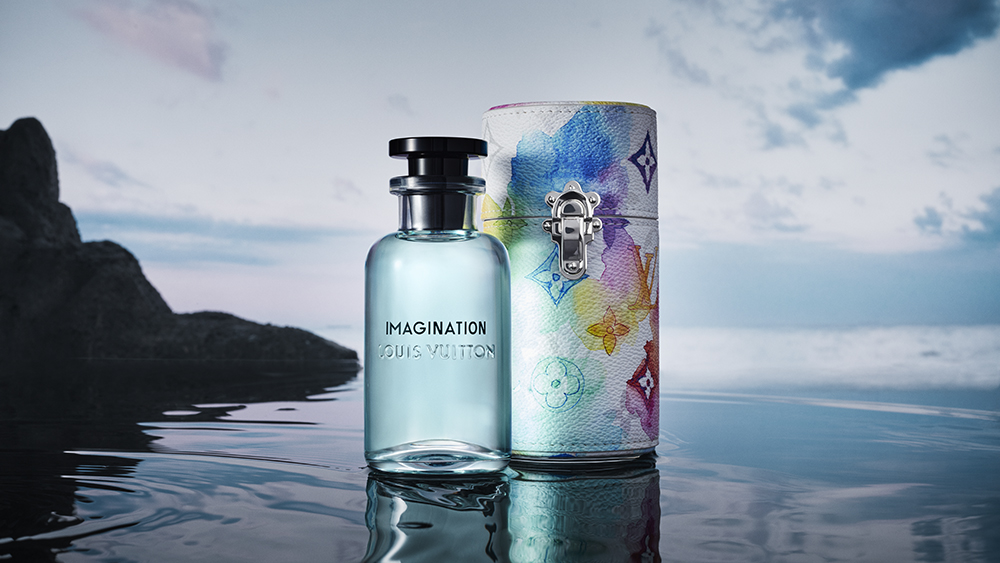 Get ready to take your sense of smell on a global adventure.

This week, Louis Vuitton released its seventh men’s fragrance, Imagination, which features a list of ingredients sourced from the kinds of destinations so many dream of traveling to, including black tea from China, Tunisian neroli, Sicilian cedar, Calabrian bergamot and Nigerian ginger. The cologne is priced at $265 for a 3.4 fl.oz bottle and $390 for a 6.8 fl. oz size with a range of personalized engraving options, free of charge. And once you’re done with the bottle, you can have it refilled at any Louis Vuitton boutique that has one of the house’s innovative perfume fountains.

Imagination was composed by Louis Vuitton’s master perfumer Jacques Cavallier Belletrud, who conceived of the international array of notes as a way to pay homage to ambrox, a humane alternative to the alluring ingredient ambergris.

“For five years, I’d been dreaming of revealing the beauty of ambergris and expressing the quintessence of its amber note in a way that’s of the moment and devoid of nostalgia,” Belletrud explained in a statement.

Though the fragrance has a slightly feminine scent when you uncap the bottle and sniff the nozzle,  its masculine notes take over as it settles on the skin and the spices begin to make it sizzle. The base notes, including guaiac wood and the black tea, help the amber give off a masculine elegance. The ginger doesn’t stand out much, but there’s cinnamon to give the fragrance a little warmth. The top notes are all citrus, which helps the scent feel right for warm weather.

But that’s not all that makes the scent feel like it was made for the moment. The smoky notes that the black gives off makes you think of traveling to far-off locations—something Belletrud says was intentional. “The tea evokes the magic of the East, an imaginary scene of caravans,” he added in his statement. “It carries within it the spirit of travel, like an olfactory transcription of Louis Vuitton’s universe.”

If you’d like to pick up this energizing cologne before you jet off on your next vacation, you’ll find it on Louis Vuitton’s website and in select boutiques.

The 10 Best Hair-Thickening Shampoos for Men

Father’s Day Is Over, But These 3 Fragrances Will Make Dad Happy All Year Round

How to Find the Right Moisturizer for Your Face, According to Dermatologists