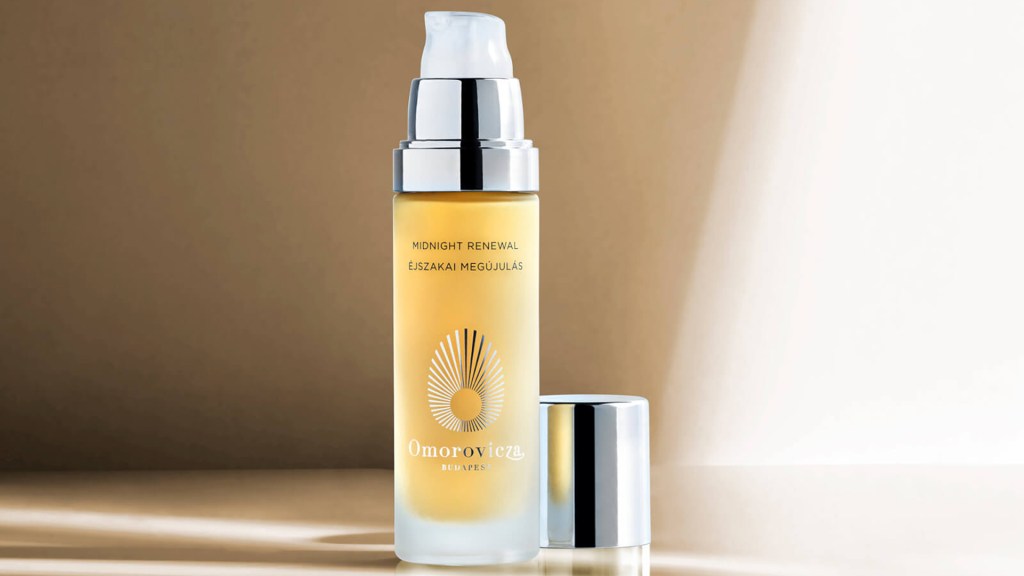 Despite what The New York Times would have you believe, I don’t know anyone who’s actually been showering less during the pandemic. But I do know plenty of people who’ve let go of a few elements of their once-intricate grooming routines—myself included. After all, Zoom will touch up your appearance for you, so if you don’t actually have to face the world in the morning, what’s the point in executing a multi-step regimen of cleansers, toners, serums and salves on days when you don’t leave the house?

The issue with several months of inconsistent ablutions is that our grooming habits, like diet and exercise, tend to have a cumulative effect. And up until a few months ago, my lax approach to facial maintenance was definitely showing. Looking in the mirror, I noticed my skin was rougher than it had been before the pandemic, and even though I’m into my 30s now, I’ve been getting the odd pimple here and there.

Enter Omorovicza’s new $185 Midnight Renewal serum, introduced earlier this spring as if specifically timed and formulated to address the concerns of those heading back into the world. It’s not exactly a facelift in a bottle, but I will say that it quickly and noticeably improved my skin’s texture and brightness.

The Budapest-based brand incorporates Hungary’s famously mineral-rich thermal waters into many of its products, but they’re not the star ingredient here. Much of the heavy lifting gets done by retinal, a variant of the topical vitamin A derivative retinol that’s found in so many products these days. (Retinol, for the uninitiated, is prized for its ability to fight not only acne but also hyperpigmentation, wrinkles and other signs of aging.)

But if retinol is like a Lexus—read: popular and reliable—retinal is like a Lamborghini. It’s clinically proven to produce results 11 times faster than retinol, which might be why I noticed a pretty dramatic change in my skin within just a few nights of using it. After a week of consistent use, my face was not only brighter, but also smoother. And after a month, I looked like my old self again—and the zits were gone, too. It’s one of the rare products I’ve used that lives up to the claims it makes.

The only drawback is that it has what might strike some guys as a somewhat powdery and forthrightly feminine scent. (The first time I used it, my partner Brian told me it reminded him of his grandmother.) Still, if breaking two Benjamins and smelling like a Hungarian queen is the price I have to pay for skin I can feel confident about, I say so be it.

The Levels of Fragrance, Explained: From Eau de Cologne to Pure Perfume

The 10 Best Hair-Thickening Shampoos for Men

Father’s Day Is Over, But These 3 Fragrances Will Make Dad Happy All Year Round