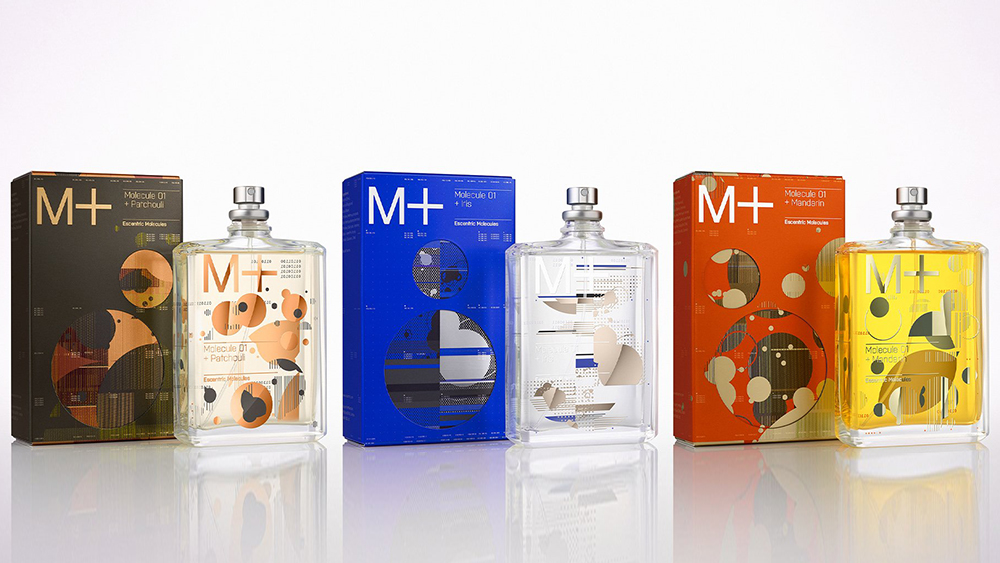 They called it Iso E Super, and soon after launch, it would become the secret weapon of modern perfumers.

They embraced its strange, slightly hypnotic qualities, folding it into almost any formula they could. Usually, it’s used sparingly, as a subtle accent, but that isn’t always the case. One-quarter of Christian Dior’s Fahrenheit is Iso E Super, and it’s around half the contents of every bottle of Terre d’Hermès. No one has experimented with it more, or more daringly, with it than Schoen, though. Call him perfume’s Mr. Superman.

The Berlin-based nose, now 52, started working in fragrance in the early 1990s, and learned about this strange, not-quite-smell straight away. Intrigued, he filled a bottle with it and smuggled the bounty out of the lab where he was working; he asked a friend to spray his neck with it, and then the pair went to a bar. “We’d been there about 10 minutes, standing around like idiots with a glass of beer in our hands, when a woman passed by and stopped, still, right in front of us and asked ‘Who smells so nice here?’” he recalls. Like that woman, Schoen was instantly smitten by Iso E Super.

He kept trying to convince clients to try a fragrance where Iso E Super wasn’t the supporting act, but rather the main ingredient. Geza hoped Diesel would agree; it tapped him to devise an edgy smell during its mid-1990s heyday. No, scoffed the executives there—too bizarre. Still Schoen pursued his crusade, working with scientists to explore how and why Iso E Super was so impactful. Among our senses, smell remains the least understood, but one study showed that when Iso E Super lands on the vomeronasal organs inside our nose, per Geza, it activates one of the five pheromone receptors there. Put another way: It smells like sex.

Escentric 01, at left, and Molecule 01, the first fragrances Schoen created for his independent firm Escentric.  Photo: Courtesy of Escentric

But it wasn’t until he was working independently at his own firm, Escentric, that he could finally indulge his whim, creating two formulas: Escentric 01, which is 65 percent composed of Iso E Super, and Molecule 1, where it forms the single note (both $135 for 100ml). That was in 2005, and the unisex scents became overnight sellouts. “One guy from America sent me an email saying ‘Hey, you know what? I wanted to thank you. I met my partner through my fragrance and now we’re married and have children,'” Schoen recalls, before noting that another client benefits in more material ways after an evening out. “She’ll be wearing one of my fragrances, and the driver will say ‘Darling, tell me what cologne that is, and you’re getting a free ride.'”

This spring, he’s introducing three new products to the Escentric range under the Molecule+ or M+ banner. Each formula contains between 68 percent and 75 percent Iso E Super, but each has a single fragrance note: mandarin, iris or patchouli (all $145 for 100ml). It was his partner Sophie who sparked the project, asking him to make a scent for her based on her favorite note, iris. Schoen cooked up a quick batch and, sure enough, Sophie was stopped on the street to ask its name. “It smells modern, and transparent and sexy,” he explains.

Iris is commonly used as a heart note in fragrance, one that forms the core of any smell. Schoen decided to find two other single scents to pair with Iso E Super: one among the fresh, fast-evaporating top notes and another from the deep, lingering base notes. After trial and error, he landed on mandarin and patchouli, respectively. Though they’re intended to be unisex, Schoen says men are usually drawn to wear the latter two. He’s already prepping a second collection for M+, launching next spring, and tinkering to find a third—he’s tried vanilla, but it didn’t mesh well (too sweet and sticky). So he’s still testing candidates, ones that will complement rather than overwhelm his pet ingredient. “It has something mesmerizing about it, that acts on our subconscious,” he says. Absolutely super.

Robb Recommends: This Day Cream Was Designed to Help Your Skin Thrive in Winter Weather

The 6 Best Hair-Growth Serums for Men, and How to Use Them

From Anti-Aging Serums to Fine Fragrances, the 21 Best Grooming Products of 2021