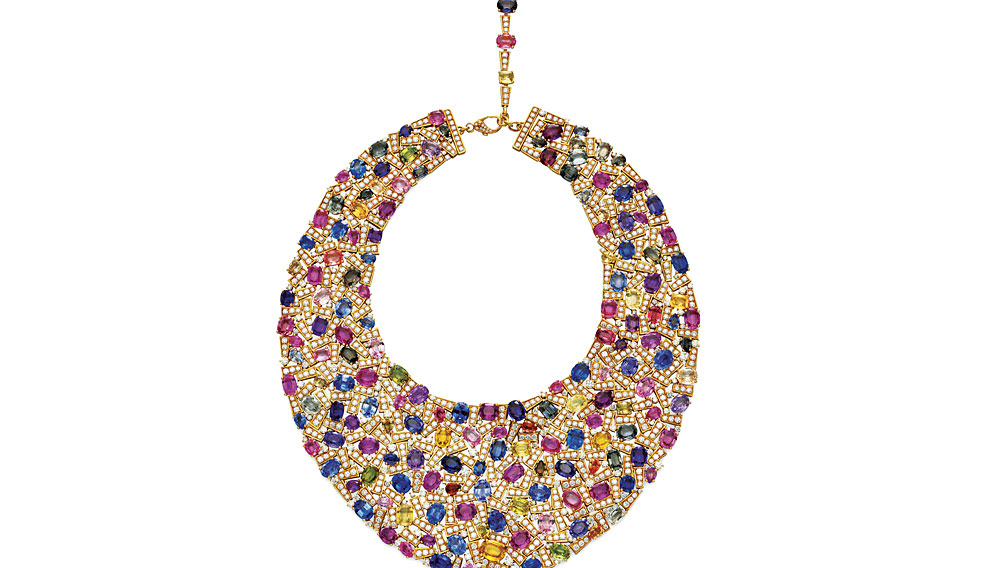 Bulgari will cap off its 125th anniversary with a sale of vibrant designs for the new year.

As the finale to a year of festivities celebrating its 125th anniversary, Bulgari will offer a collection of 11 one-of-a-kind jewelry pieces and seven limited-edition watches at an auction at Christie’s New York on December 8. Though new and original, the auction items might look familiar to Bulgari aficionados, who will recognize several notable design themes from the Italian luxury brand’s history.

The collection’s coin necklace, for example, derives from a motif that dates to the 1930s, when Bulgari began setting coins in jewelry and cigarette cases, just as it would gemstones. Valued at $36,000, the necklace features seven bronze coins depicting Alexander the Great.

The serpent, another recurring theme for Bulgari, appears in three variations of the same bracelet: black onyx (valued at $40,000), purple enamel ($44,000), and coral ($55,000)—all with diamond accents. Bulgari’s serpent first reared its head in the 1940s, in pieces such as the sleek wraparound Tubogas design. It reappeared in 1960 in women’s watches and then continued throughout the 1970s in colorful enameled jewelry pieces.

Bulgari has been identified with bold color since the 1950s, when the company began experimenting with unusual hues and selecting stones more for their chromatic impact than for their intrinsic value. The company’s designers combined all of these elements in the auction’s showstopping piece: a multicolored, mosaiclike sapphire-and-diamond bib necklace valued at $1.05 million. Another colorful stunner is a $195,000 ring that is set with a rare 60.78-carat color-change star sapphire flanked by diamonds.

The collection’s watches include the Assioma Tourbillon, which houses an automatic perpetual-calendar tourbillon in a platinum case and is valued at $150,000. As a whole, Bulgari’s 18-piece collection has an estimated value of $4 million. Proceeds from the auction will be donated to Save the Children’s Rewrite the Future campaign, which supports education in impoverished and war-ravaged countries.