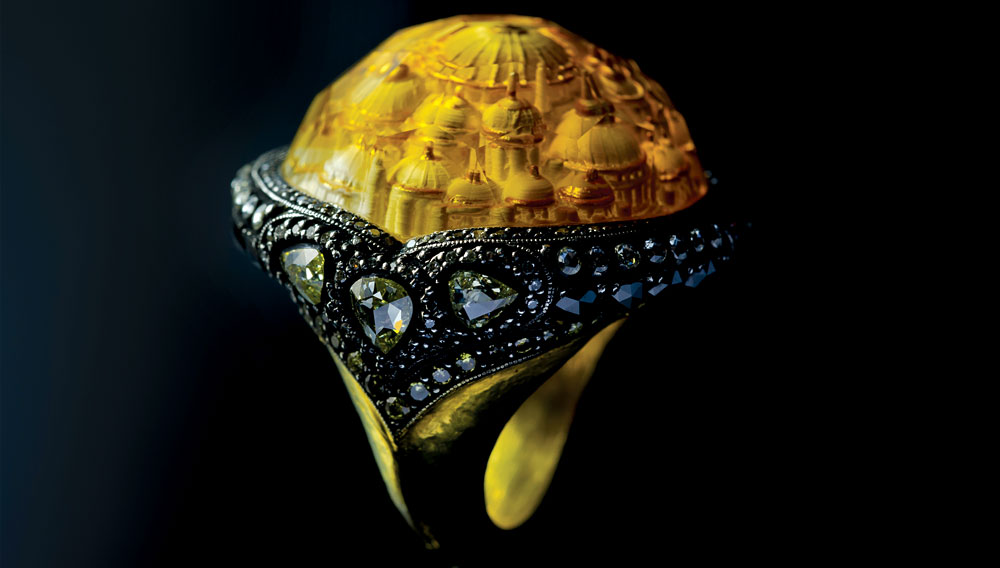 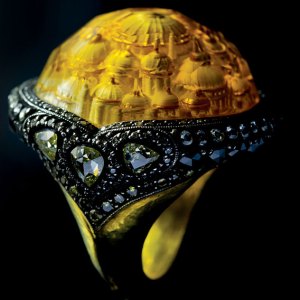 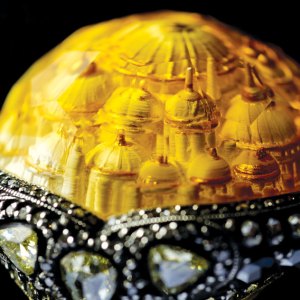 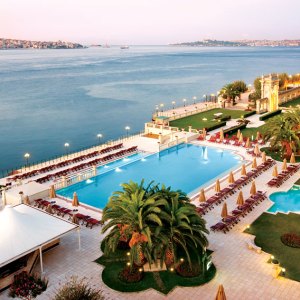 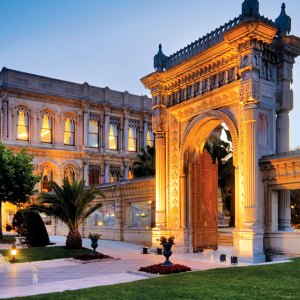 A ring by the Turkish jeweler Sevan Bıçakçı featuring a large gemstone carved with a detailed image of the recipient’s choice.

A meeting with Bıçakçı at his studio near Istanbul’s Grand Bazaar to develop the design of the ring, which will be the jeweler’s first-ever commissioned piece.

First-class airfare for two to Istanbul, four nights in a Palace Suite overlooking the Bosporus at the Ciragan Kempinski Hotel, and a private tour of the architectural landmarks that have inspired Bıçakçı’s work.

The jeweler Sevan Bıçakçı makes rings that are unforgettable, set with enormous gemstones that seem to constitute their own self-contained worlds. Beneath the faceted surface of a smoky quartz, for instance, the domed mosques of Istanbul rise and shimmer. Within a smooth chunk of tanzanite, a dove appears to be frozen in flight. And across the yellow, liquid surface of a citrine, a cluster of seahorses seems to float.

The jeweler (whose name is pronounced sah-VAHN bee-CHAK-chee) and his team of artisans spend up to six months carving and painting each of these miniaturized pieces of art by hand, working in his studio near Istanbul’s Grand Bazaar. So steadfast is his vision that Bıçakçı rarely meets his collectors; he has refused numerous requests for special commissions—until now. For the first time, Bıçakçı has offered to create one completely custom ring for a single Robb Report reader.

The recipient will have free rein with respect to the commission’s design, subject only to the designer’s ability to render it in stone: Bıçakçı will carve in intricate detail the image of a home or yacht—or another place or object of special significance to the recipient—into the gemstone of choice. Using gold, diamonds, and other gemstones, Bıçakçı will also design the setting, which may reflect the motif of the carving. After meeting with the recipient in his studio to discuss the particulars, the jeweler will create a final sketch for approval and will deliver the finished ring six to 12 months later.

Steeped in Turkish tradition, Bıçakçı began his apprenticeship at age 12 and opened a workshop at 18, but it took another decade to develop his distinctive style. “I had the idea of transferring the sculptural techniques I had perfected in metal onto gemstones,” says the artisan, who is now 41. “It pushed the limits, and stones cracked time after time.” Instead of carving the top of a stone, he cuts from the back in relief. Most of his pieces are carved from citrine, amethyst, aquamarine, and quartz, but he also uses emeralds, sapphires, and tanzanite. He prefers harder stones because they are less likely to crack.

His rings have included elaborate representations of Istanbul landmarks, such as the Topkapi Palace, the Blue Mosque, and the Grand Bazaar. Some carvings are enhanced with delicate, painterly details, calligraphy, and inlaid stones that create the effect of stained glass. “I felt jewelry was crying out for stories of real places,” Bıçakçı says, “and my goal was to show the places I had seen each and every day in a way that made you want to come to Istanbul. The history of the Ottoman and Byzantine era runs through my veins, like lifeblood.”

When Bıçakçı works on a piece, there are no constraints of time, cost, or marketability. He simply creates in the true spirit of an artist who places his vision above all else. That, he says, is why he has never collaborated with a collector. Until now.

The ring must be commissioned in 2014. the Final price will be based on the choice of stones and the design’s complexity.