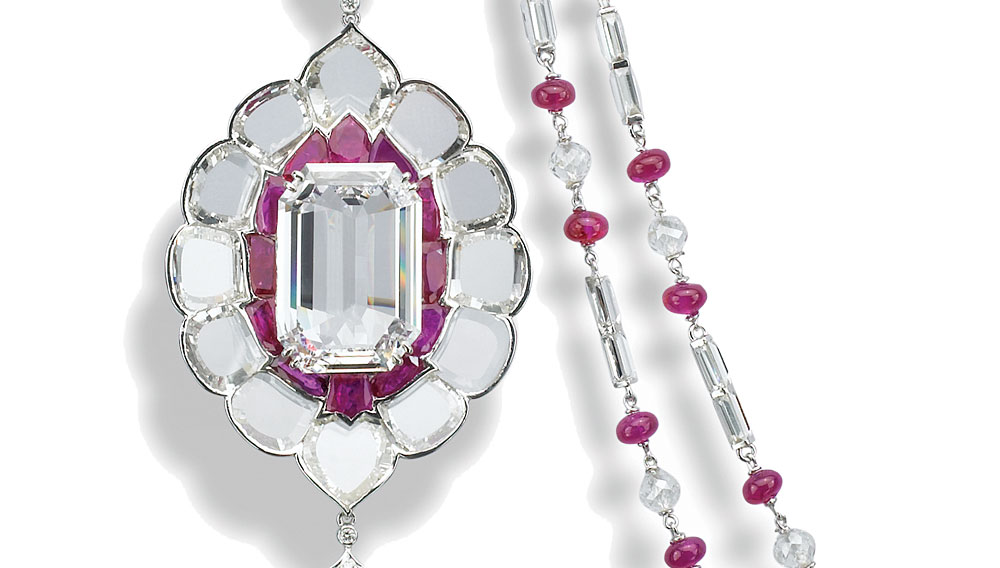 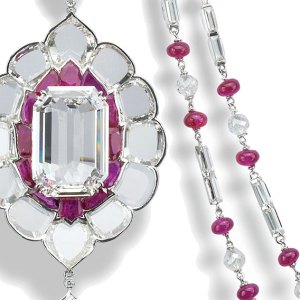 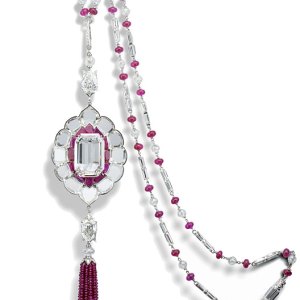 VALUED AT MORE THAN $1.5 MILLION

In Viren Bhagat’s country of India, it is the custom to touch diamonds to your forehead upon first holding them, to show respect for them. The fourth-generation jeweler—whose one-of-a-kind pieces are usually sold before they leave his workshop—says each stone is special, but he notes that his recently discovered 10.03-carat, D-color, internally flawless certified type IIa diamond is a once-in-a-lifetime acquisition.

Certified in a gemological report from Gübelin Gem Lab and classified as the purest form of a diamond, the type IIa stone contains no traces of nitrogen in its molecular structure and thus exhibits superior clarity and luster. Bhagat says that jewelers refer to this type of stone as “water” because it resembles a crystal-clear pool. This rare quality indicates that the gem may originate from the now-closed Golconda mines of India, which produced some of the world’s greatest type IIa stones, including the Koh-i-noor and the Idol’s Eye.

“It was love at first sight,” says Bhagat, recalling the moment he spotted the stone at an antiques-and-jewelry show in the States in January 2008. He says the diamond had belonged to an aristocratic Indian family for several generations before a dealer acquired and recut it, losing about 8 carats.

Bhagat set the stone in a floral sautoir. “One senses Bhagat immediately, from the elegant lines and proportion of the jewel to the old Mughal inspiration with just the right touch of Deco,” says Rahul Kadakia, senior vice president and head of the jewelry department for Christie’s Americas. “And the centerpiece, a D-color flawless diamond with charming shape and symmetry, seems like it was cut just for this very piece.”

Specialists spent more than six months cutting, polishing, and setting the stones into the floral pendant. The rubies were calibrated to suggest petals, and the 12 surrounding diamonds were cut like flat glass panes, some of which are 0.75 mm thick. The pendant sits between two pear-shaped diamonds (each weighs 2 carats) and above a tassel of ruby beads and diamond briolettes.

In India, Bhagat says, a stone like this gift’s type IIa is called “a ‘Maha Ratna,’ or Great Gem—a gem that befits a maharajah.”