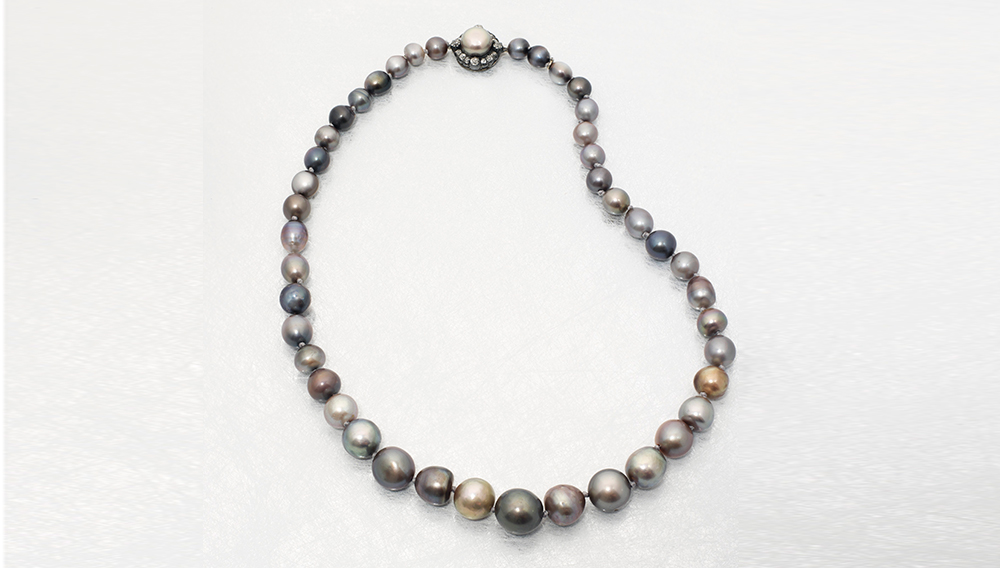 As part of the Important Jewels auction on 2 December 2015, Christie’s presents this rare, 19th century natural coloured pearl necklace (estimate: £500,000-£700,000) that formerly belonged to Queen Isabella II of Spain. The pearls were originally collected by King Ferdinand VII of Spain for his wife Marie Christina of Bourbon-Two Sicilies. Queen Isabella II of Spain was born in Madrid in 1830 and on the death of her father King Ferdinand II was proclaimed sovereign at the age of three, with her mother, Marie Christina of Bourbon-Two Sicilies, acting as regent. Against a backdrop of succession disputes and conspiracies, Isabella was finally declared to be of age at 13, when she reigned directly until the revolt of 1868, known as the Glorious Revolution, forced her into exile in France and ushered the First Spanish Republic into power. The necklace (originally described as being formed from 46 pearls) was later offered for sale at auction in Paris on 1st July 1878 consigned directly by Isabella II, along with other magnificent jewels in her collection. It was offered again at Christie’s in London on 6th April 1960 as ‘the property of Frank H. Hargrove, Esq.’ and has since remained in the same family.

The graduated row of 43 natural colored pearls ranging in size from approximately 13.8 to 6.5mm, in varying tones of black, grey and bronze, to the similarly-set pearl clasp with old-cut diamond surround, mounted in silver and gold. The length of the necklace is 46.2cm.

Demand for natural pearls has grown in strength and recent auctions have demonstrated this along with an increase in prices. The scarcity of high quality natural pearls in the market has also meant that any natural pearl is a highly desirable treasure.

Christie’s, the world’s leading art business, had global auction and private sales in the first half of 2015 that totaled £2.9 billion / $4.5 billion. In 2014, Christie’s had global auction and private sales that totaled £5.1 billion/$8.4 billion, making it the highest annual total in Christie’s history. Christie’s is a name and place that speaks of extraordinary art, unparalleled service and expertise, as well as international glamour. Founded in 1766 by James Christie, Christie’s has since conducted the greatest and most celebrated auctions through the centuries providing a popular showcase for the unique and the beautiful. Christie’s offers around 450 auctions annually in over 80 categories, including all areas of fine and decorative arts, jewellery, photographs, collectibles, wine, and more. Prices range from $200 to over $100 million. Christie’s also has a long and successful history conducting private sales for its clients in all categories, with emphasis on Post-War & Contemporary, Impressionist & Modern, Old Masters and Jewelry.

Christie’s has a global presence with 54 offices in 32 countries and 12 salerooms around the world including in London, New York, Paris, Geneva, Milan, Amsterdam, Dubai, Zürich, Hong Kong, Shanghai, and Mumbai. More recently, Christie’s has led the market with expanded initiatives in growth markets such as Russia, China, India and the United Arab Emirates, with successful sales and exhibitions in Beijing, Mumbai and Dubai.