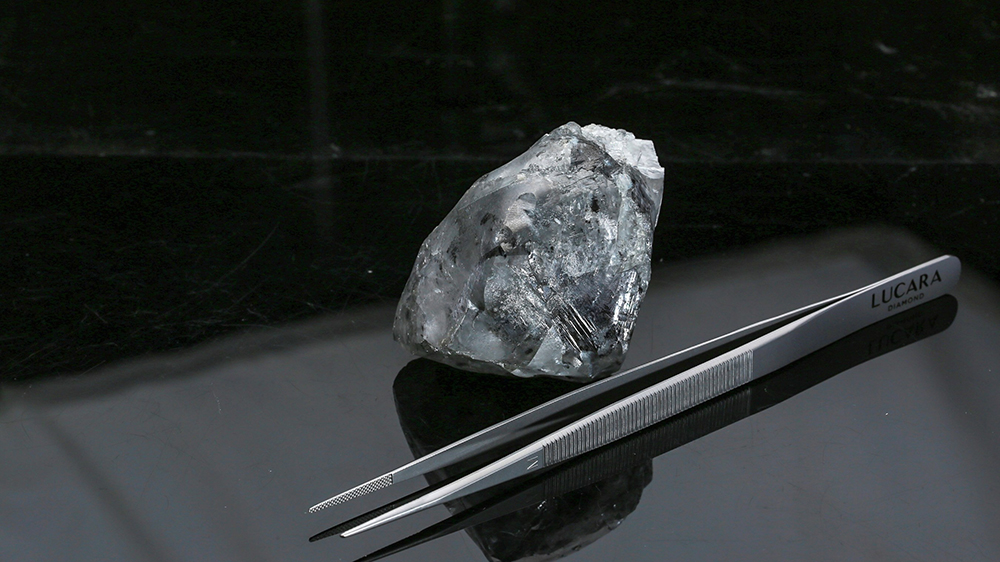 Another week, another huge diamond discovered in Botswana. But “huge” might do this stone a disservice, as it’s actually one of the five largest ever unearthed.

Canadian miner Lucara Diamond Corp has just announced the recovery of a 998-carat high white diamond at its Karowe mine in the southern African nation. The diamond is clivage, meaning it will have to be broken down before it can be processed into polished stones.

Lucara found the massive stone—which measures 2.6 inches x 1.9 inches x 1.8 inches—from direct milling of ore sourced from the south lobe of the mine, according to a press release. It’s just the latest noteworthy diamond discovery at the mine this year. Just in 2020 alone, Karowe has produced 31 diamonds greater than 100 carats, of which 10 are greater than 200 carats and two are greater than 500 carats. The other 500-plus carat stone is a 549-carat diamond named Sethynya that Lucara recently sold to Louis Vuitton.

Even before these recent discoveries, Karowe already had a reputation of producing giant stones. In 2015, the company found a 1,109-carat Lesedi La Rona which sold for $53 million, and shortly after that a 813-carat Constellation stone that went for $63 million, according to Bloomberg. And last year, the Lucara found a 1,758-carat—the second biggest on the planet—which it also sold to Louis Vuitton in February of this year.

“Lucara is extremely pleased with the continued recovery of large high-quality diamonds from the South Lobe of the Karowe mine,” CEO Eira Thomas said in a statement. “To recover two 500-plus carat diamonds in 10 months along with the many other high-quality diamonds across all the size ranges is a testament to the unique aspect of the resource at Karowe and the mine’s ability to recover these large and rare diamonds.”

It remains to be seen what will happen to the diamond now. Lucara did not immediately respond to a request for comment from Robb Report, but did say in the press release that it is evaluating potential steps forward with its cutting and polishing partner, HB Antwerp.