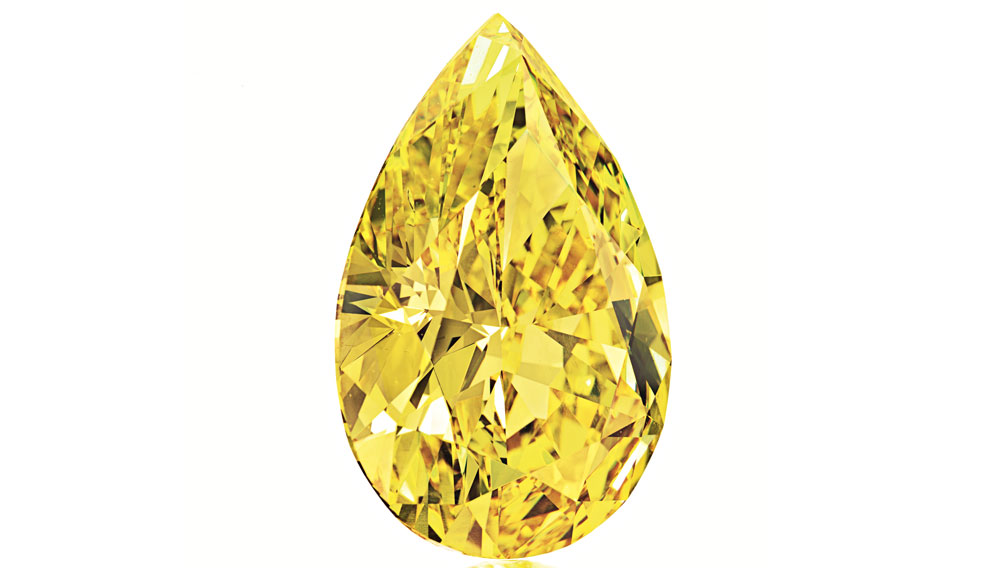 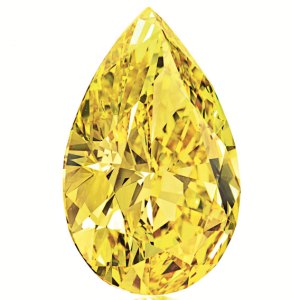 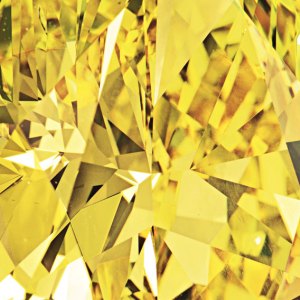 An exceptional 32.77-carat fancy vivid yellow diamond, dubbed the Vivid Yellow, will be auctioned off October 18 at Christie’s Magnificent Jewels sale in New York. The guitar pick–sized gem, which is considered among the rarest in its class, has an intense golden hue and is expected to bring in $6 million to $8 million. Adding to the rarity of the stone is its pear-shape brilliant cut. While many diamonds are cut in such a way as to modify their original hue, this classic and simple shape allows the Vivid Yellow’s natural color to speak for itself. “This is an elite case,” explains Rahul Kadakia, head of jewelry for Christie’s Americas. “It has a special yellow color, the likes of which at this size has never been seen at auction before.” The last yellow diamond to have this strength and saturation of color was the Golden Drop, which sold at Christie’s London in 1990.  Laurence Graff purchased the 18.31-carat stone, about half the size of the Vivid Yellow, for nearly $4 million. (212.473.3699, www.christies.com)