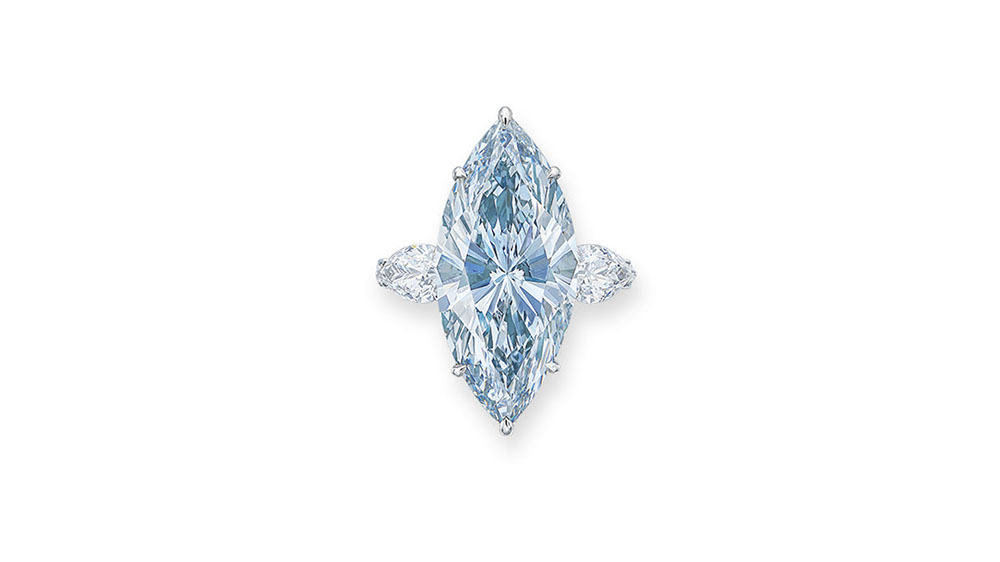 Even during times of great economic uncertainty, there are still luxury items that buyers can’t resist. Take, for instance, a dazzling blue diamond that sold for a $15.9 million at auction this week.

The gem in question, a 12.11-carat fancy intense blue diamond, hammered down for the eye-popping sum at Christie’s Hong Kong Magnificent Jewels Sale on Thursday. That price easily shattered the the $8.4 million to $12.3 million pre-sale estimates.

Owned by an anonymous “distinguished private collector,” the marquise-shaped, sky blue stone, which has been graded “Internally Flawless,” comes mounted on a platinum and gold ring between two pear-shaped, brilliant-cut diamonds. Highlighted for its size, quality and rarity, the diamond was unsurprisingly the subject of a prolonged bidding war that eventually came down to two phone bidders. The “gavel price” was $13.6 million, which doesn’t include the buyer’s premium, but even that was still more than 10 percent more than the high estimate for the stone. 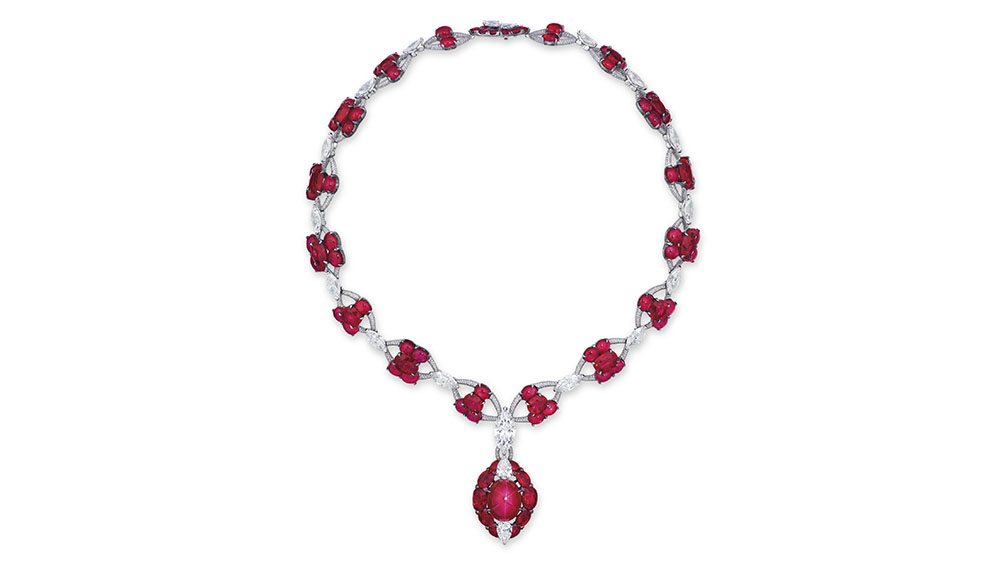 Although the blue diamond, which ended up selling for $1.31 million per carat, was easily the top lot of the jewelry auction, it wasn’t the only piece on offer to sell for a jaw-dropping sum. The next most expensive lot was a Burmese star ruby and diamond necklace, which includes a 19.53-carat oval cabochon star ruby pendant. The necklace, which was created by visionary jewelry designer Edmond Chin for Hong Kong jeweler Etcetera, sold for $2.6 million, which was firmly within the estimated sale range. Next up was a D-color 17.95-carat cut-cornered rectangular step-cut diamond. Mounted to a size-6 ring, it sold for $1.5 million, which also fell within estimates.

The Hong Kong Magnificent Jewels Sale was Christie’s first live jewelry auction, and just the third globally, since the coronavirus pandemic hit earlier this year. In total, the sale brought in $39.8 million, with 82 percent of lots sold and 92 percent of those by value. 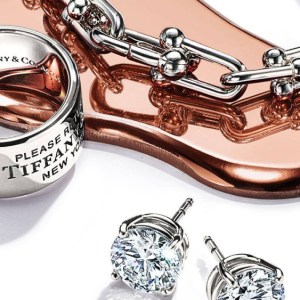 10 Designers Create Stunning Jewelry with Muzo Emeralds for the Holiday

Why This Season’s Best Investment Jewelry Is Bold, Colorful and Graphic