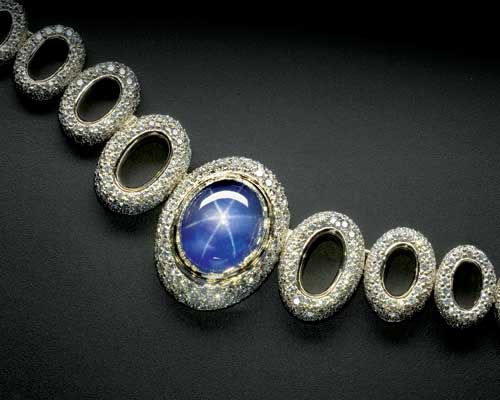 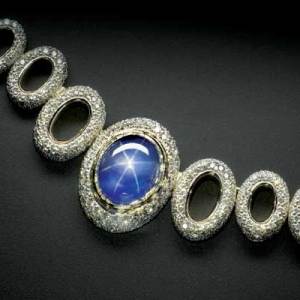 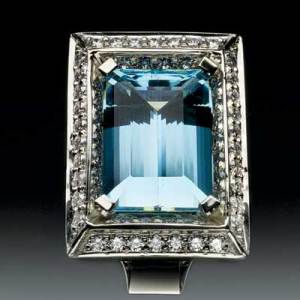 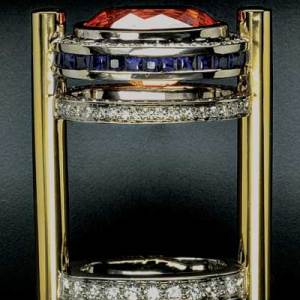 Scott Gauthiér enjoys relaying an ancient legend about how the Ming Dynasty traded two cities for a single cat’s-eye chrysoberyl, a captivating yellowish-green gemstone that reflects a band of light across its center. He believes the Ming family got the better of the exchange. “If I want a beautiful blue sapphire or ruby, I have hundreds of great gems to choose from,” explains the 36-year-old, who opened his Scottsdale, Ariz., gallery and workshop at the age of 21. “But if I want a spectacular cat’s-eye chrysoberyl, I might be able to locate one or two—if I’m lucky.”

This genre, known as phenomenal gemstones, is distinguished by chatoyancy, a changeable luster or color with undulating bands of light created by natural, reflective fibrous inclusions. Unlike a sparkling brilliant diamond, these subtle, unfaceted stones appear opaque and do not attract attention at first glance. A closer look, however, reveals their magical properties.

Gauthiér, who began collecting the stones five years ago, has amassed a cache of about 70 high-quality phenomenal gems, including a few alexandrites, which change from red under incandescent light to green in daylight. One of his prized stones, an exceptional-quality 96-carat blue star sapphire, recently sold for $760,000. But not all phenomenal gems are so costly, says Gauthiér, adding that his 15-carat lavender star sapphire is a great value at $16,000.

To enhance the distinctive optical characteristics of the gemstones, Gauthiér crafts striking geometric gold and platinum settings. “Each stone has a life of its own,” he says. “It has a history and story that is waiting to be uncovered once you place it in a piece of jewelry, and people can discover the magic.”