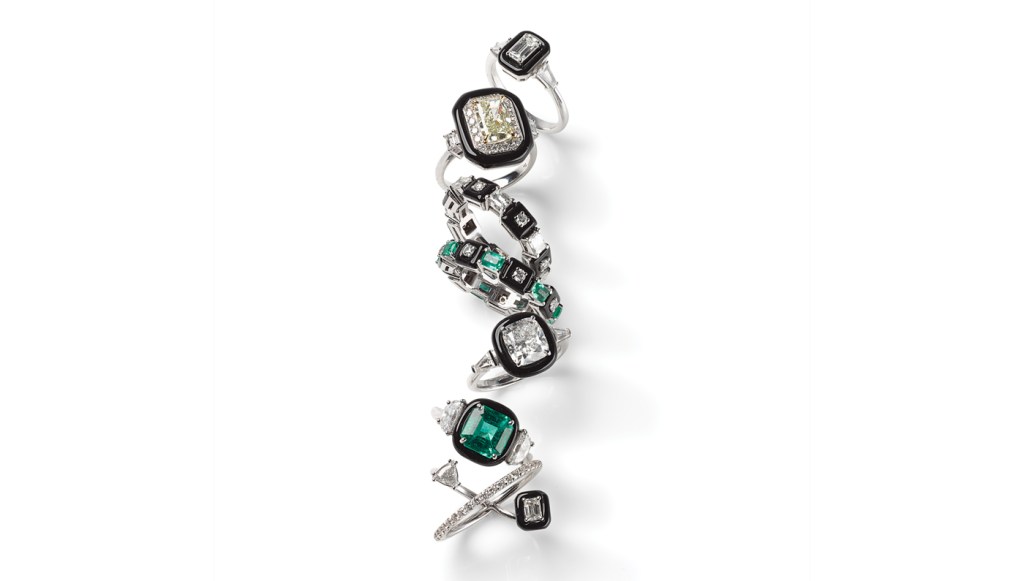 For the 18th year in a row, the jewelry glitterati gathered at New York City’s Cipriani 42nd Street on Friday, Jan. 10 for the annual Gem Awards, a celebration of individuals and companies whose work elevates the status and visibility of fine jewelry and watches.

Hosted by Olivier Stip, general manager of watches and fine jewelry at Chanel, the ceremony, often described as the jewelry industry’s answer to the Oscars, kicked off with a lively cocktail party that segued into a presentation of three awards—for excellence in design, media and retail.

The first award of the night, for Media Excellence, was presented by Will Kahn, market director of fine jewelry at luxury e-tailer Moda Operandi. Kahn provided the audience with a short-list of attributes every jewelry journalist should have.

“You should possess a passionate desire for shiny objects,” he said. “You’ll need to learn a whole new language—it’s ‘jewel speak’—and the vocabulary includes girandole, chalcedony, tourbillon. But most of all, it requires an insatiable need to tell the world what you’ve discovered in a way that says, ‘These are the most beautiful pieces you’ll ever see.’”

The crowd erupted when Rachel Garrahan, jewelry and watch director at British Vogue, was named the winner. The London-based Garrahan went on to thank the various editors she’s worked with in New York, including longtime Robb Report editor Jill Newman.

The second award, for retail innovation, went to Twist, the trendsetting Portland, Ore.-based jeweler founded by Paul Schneider and Lauren Eulau. (The other nominees were Foundrae and Hodinkee Shop.)

In his acceptance speech, Schneider thanked “the 120 designers we work with every day,” an illustrious group that includes Brent Neale, Fernando Jorge and Marie-Hélène de Taillac. “We’re nothing, just a box of people, without them,” he said.

The final presentation of the evening was the Gem Award for Lifetime Achievement, which went to Ed Bridge, chairman emeritus of Seattle-based Ben Bridge Jeweler, a Berkshire Hathaway-owned company.

“When I was five, I wanted to be a dump truck driver,” Bridge said in his acceptance speech. “Ever since I gave up that dream, I’ve wanted to be in the jewelry industry. I spent all of my adult life in this business. I’ve watched and, hopefully, contributed to our family jewelry business, as it grew from one store and a handful of associates to 95 stores and over 1,200 associates. What I value the most are the relationships I’ve made.”

He went on to cite one of his mentors, Warren Buffett. “He said, ‘True success in life is when you get to my age and the people who are supposed to love you actually love you,’” Bridge recalled. “I feel very successful tonight.”

A list of this year’s big winners is below: