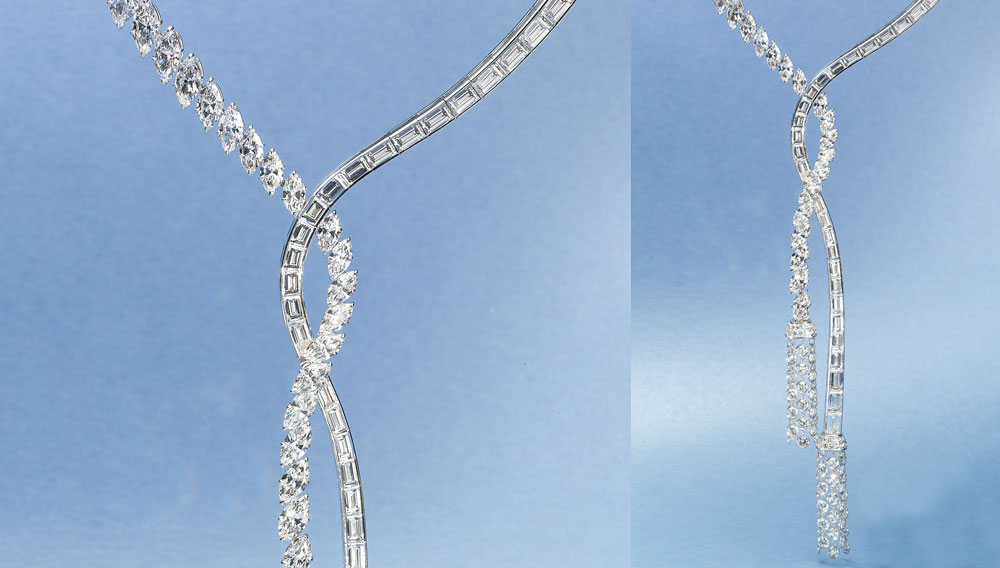 Harry Winston looked no further than its robust archives for inspiration for Ultimate Adornments, its most ambitious collection in decades. Some of the 40 elaborate, one-of-a-kind pieces recall designs by Harry Winston’s renowned designer Ambaji Shinde, who worked at the jewelry house from 1962 to 2001. The Caftan necklace (price upon request) is a glamorous piece that showcases Shinde’s way of uniting multiple diamond shapes in a single design. It comprises 68 carats of diamonds assembled in four different platinum setting styles: channel-set, prong-set, bezel-set, and pavé. (800.988.4110, www.harrywinston.com)