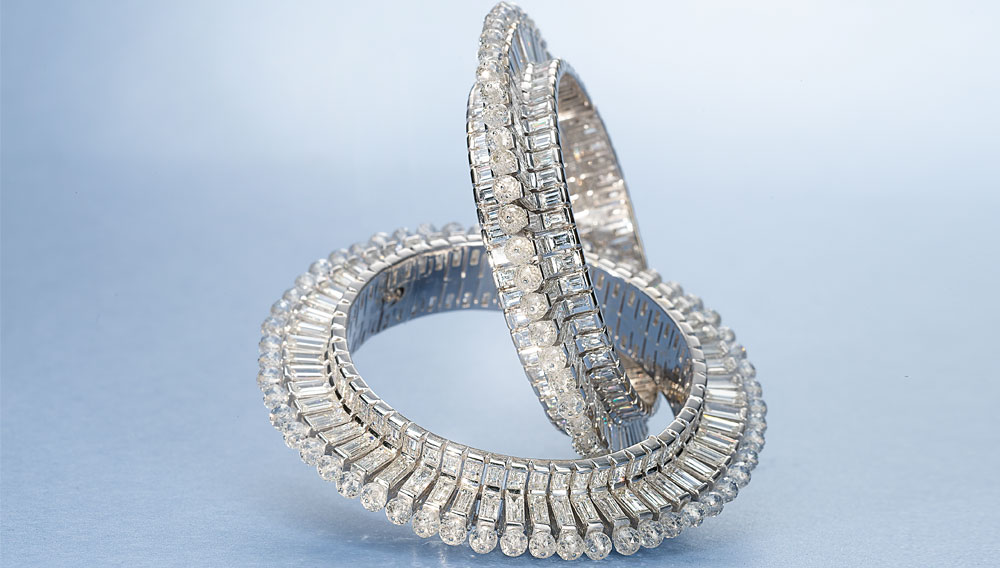 Viren Bhagat has been called the JAR of India: Like JAR, the legendary yet elusive jewelry designer Joel Rosenthal of Paris, Bhagat produces very few pieces for a select group of buyers. And while he has a devoted following among India’s elite, his impressive work over the past year is making his name known far beyond those shores. Among the finest examples are these two bangles ($561,270 for the pair), where baguette and briolette diamonds appear to float with barely a trace of metal. Bhagat likens the effect to a building with minimal-looking support: “I have always been influenced by architecture,” he says. (Available at FD Gallery, 212.772.2440, www.fd-inspired.com)