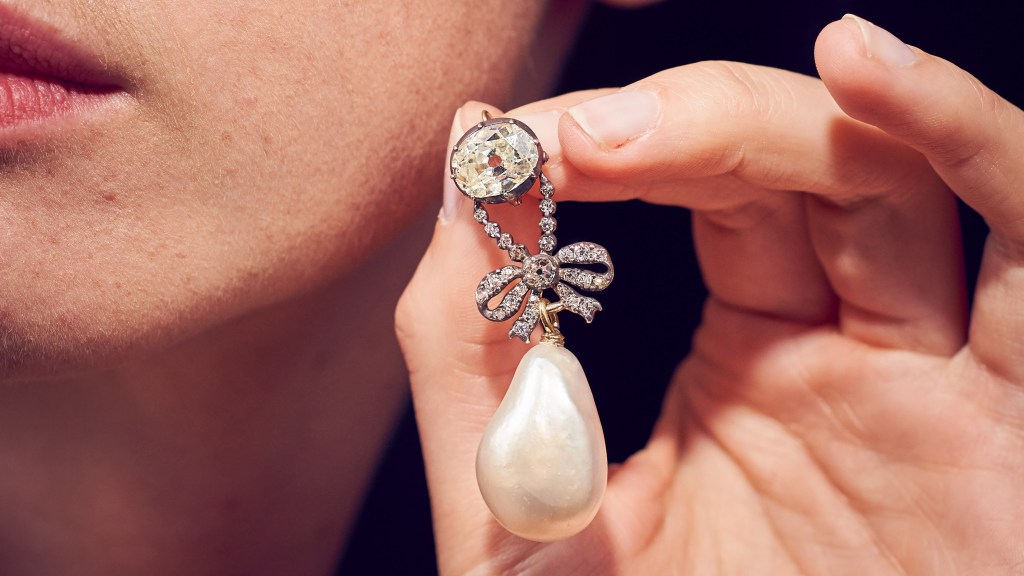 History’s most iconic images of Marie-Antoinette frequently show her wearing strings of pearls and diamonds—now, items from her personal jewelry collection are being revealed to the public for the first time in 200 years. On November 12, Sotheby’s Geneva will bring more than 100 jewels up for sale that were once owned by France’s infamous last queen as well as items from the repertoire of King Charles X of France, the Archdukes of Austria, and the Dukes of Parma.

“Never before seen in public, this extraordinary group of jewels offers a captivating insight into the lives of its owners going back hundreds of years,” said Daniela Mascetti, deputy chairman of Sotheby’s Jewelry Europe and senior international specialist, in a statement. “What is also striking is the inherent beauty of the pieces themselves. The precious gems they are adorned with and the exceptional craftsmanship they display are stunning in their own right.”

The items from Marie-Antoinette’s collection were smuggled out of France to Brussels in a wooden chest in the spring of 1791, prior to King Louis XVI and Marie-Antoinette’s imprisonment. Count Mercy Argentau, a trusted confidant of the queen, stored the jewels before sending them on to Vienna, where they were kept by the Austrian Emperor, Marie-Antoinette’s nephew. After their execution, Marie-Antionette and Louis XVI’s only surviving daughter, Marie-Thérèse de France, was released to Vienna, where she was given her mother’s jewelry. Marie-Thérèse subsequently left the jewels to her niece and adopted daughter, Louise of France, who then left them to her son, the Duke of Parma.

Sotheby’s will be touring highlights from the collection this summer, stopping in Milan next week and then continuing on to Munich on September 18 and Cologne on September 21.

A natural pearl and diamond necklace from Marie-Antoinette’s collection.