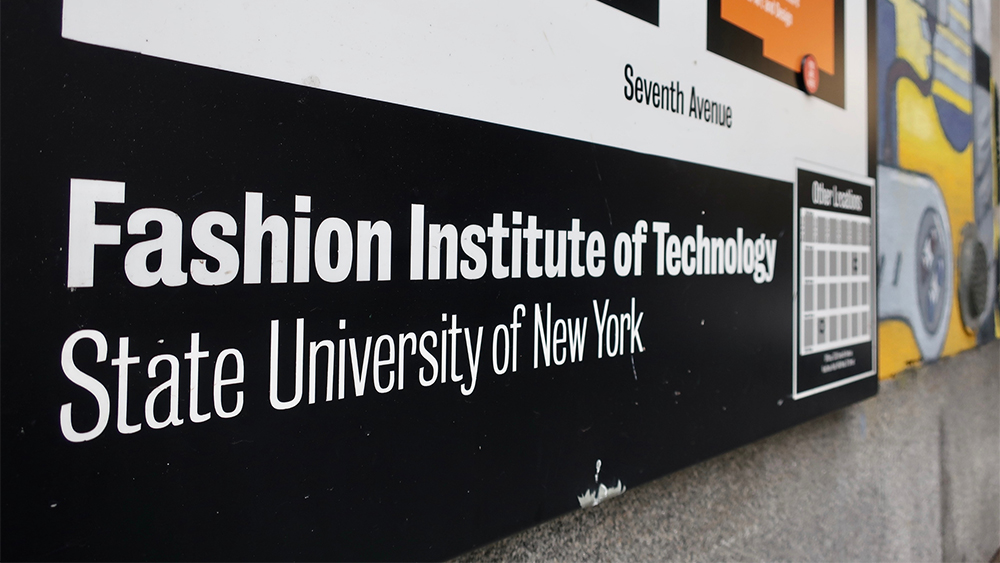 Over the past two weeks, as protesters around the country and many across the globe have spoken out against longstanding issues of racial inequality, much has been said about how to create real, lasting change. The problems are pervasive and there is no single solution, but the jewelry community has stepped up to address one significant issue—the access to opportunity—as it pertains to their industry.

On Wednesday, a group of fifty jewelry designers and jewelry-related businesses announced the creation of a $50,000 endowment for black students studying jewelry design at New York’s Fashion Institute of Technology. While jewelry, particularly at the highest level, has not historically been populated by many people of color, this endowment aims to set the stage for a new generation of more diverse voices to thrive in the jewelry industry.

The idea was hatched by Brent Neale Winston, a rising jewelry star known for her ebullient designs, and Randi Molofsky and Meghan Flynn Petropoulos, the founders of For Future Reference, a jewelry sales and public relations agency that represents Neale. They reached out to their network of industry friends—including brands like Cathy Waterman, Sidney Garber, Marla Aaron and Spinelli Kilcollin—and within two days they had raised the $50,000.

Every time I go to write this I trip over my own words….but here goes. As I’ve been listening I’ve been thinking about the industry I’m in – Fine Jewelry. We need more POC voices. How can I help that happen? What’s something concrete and lasting? What if we as an industry could establish an endowment at @fitnyc that would create ongoing scholarships and mentorships to support black students attending the Jewelry Design program. As it turns out we can and did. We are so proud to announce alongside 49 jewelry industry brands the Art Smith Memorial Scholarship Foundation. Named in honor of influential mid-century modernist New York City-based black jewelry designer Art Smith. This group have joined forces to fund a $50,000 Endowment at FIT that will create ongoing scholarships and mentorships to support black students attending the Jewelry Design program. People of color are historically underrepresented in the jewelry industry and our goal is to turn that statistic around — one student at a time. The Endowment is now off the ground and is open for additional donations of any amount, so please contact us directly if you’d like to contribute. As it grows so will the ability to give back to even more students. Love, Brent #artsmithscholarship

“We really wanted to work with other like-minded friends and colleagues on an education-based initiative,” says Molofksy. “We are keenly aware that black designers are historically underrepresented in our industry, and accessibility is the first key to making a meaningful change.”

While black designers have undoubtedly been a minority in jewelry, the Art Smith Memorial Scholarship Fund is named in honor of a pioneering, if underappreciated black jeweler who defied expectations to become one of the field’s most dynamic talents. Born in Cuba in 1917 to Jamaican parents, Smith was a fixture among mid-century Greenwich Village creatives. Both black and openly gay, Smith achieved remarkable success with his sculptural, modernist jewels worn by the likes of Duke Ellington, Lena Horne and Eleanor Roosevelt. Smith, who passed away in 1982, was not only boundary-breaking because of his identity; his designs championed a strikingly modern aesthetic that pushed jewelry from gem-laden accessories to wearable works of art.

The endowment hopes to support more of those underrepresented voices in contributing to the world of jewelry as a whole. The funds will go toward one student’s full matriculation in FIT’s two-year jewelry design program starting next year. And as it is an open endowment, meaning—hint, hint—you too can contribute, the plan is to have the Art Smith Memorial Scholarship Fund be an ongoing initiative for generations of jewelers.

“Our goal was to create something that will live on through the open endowment,” says Neale Winston. “As an FIT alum, it’s incredibly gratifying to create a lasting legacy that will allow the initiative to support students for years to come.”

It’s an inspiring show of support from the jewelry industry, which nimbly banded together to raise funds in the early days of Covid-19. While many fashion brands are currently reacting to instances of more overt racism that have recently surfaced, jewelers were quick to take action toward positive change. Here’s hoping this is the first of many more to come.

The endowment is open to donations of any amount. For more information or to contribute, contact Randi Molofsky at randi@forfuturereference.com